Amarinder Will Take a Call on Sidhu's Entry Into Cong 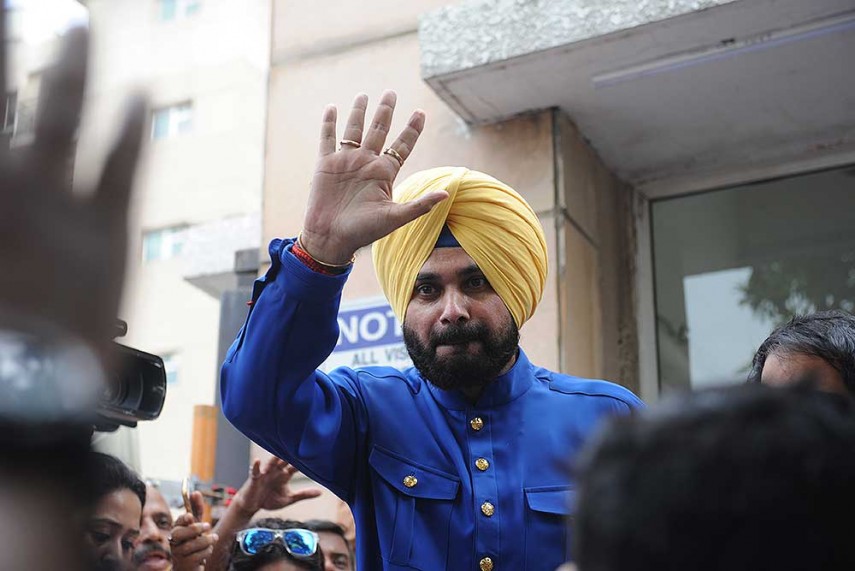 Print
A
A
A
increase text size
Outlook August 25, 2016 17:40 IST Amarinder Will Take a Call on Sidhu's Entry Into Cong

As former BJP MP Navjot Singh Sidhu's induction into AAP looked uncertain, Congress today said the party's Punjab unit chief Amarinder Singh will take a call on the matter of the cricketer-turned-politician's entry into the party.

"As regards such issues, we have authorised Amarinder Singh to deal with," AICC chief spokesman Randeep Surjewala said when asked whether Sidhu was welcome into the Congress fold.

The party has been maintaining that all like-minded parties and people are welcome to join hands with it in Punjab to defeat the "communal" forces in next year's Assembly poll.

AICC Secretary and in-charge of party affairs in Punjab Asha Kumari had earlier said that Congress was not in talks with Sidhu yet. She said Sidhu who has resigned from the Rajya Sabha has yet not quit BJP.

Amarinder Singh had earlier said that Sidhu was welcome to join Congress as it is in his DNA, as his father happened to be a Congressman. Sidhu hails from Patiala, the home town of Amarinder Singh.

Sidhu, however, has remained incommunicado ever since he resigned from the Rajya Sabha.

However, AAP chief Arvind Kejriwal has tweeted answering the speculations over Sidhu joining AAP, saying he had met him last week but needs time to decide and whether or not he joins the party must be respected.

"Wud Navjot Sidhu ji join AAP- lot of rumours? Its my duty to put forward our side. We have greatest greatest regard for this ckt legend. He met me last week (sic)," he said on twitter.

Ever since Sidhu quit the Rajya Sabha last month, speculation has been rife that he would join AAP as the CM candidate for Punjab, but nothing has materialised so far and the former cricketer and Amritsar MP has not even joined the AAP.