Amarinder Singh for a 'Simple' Swearing-In Ceremony, Says 'Govt Committed to Get Punjab Out of Financial Doldrums' 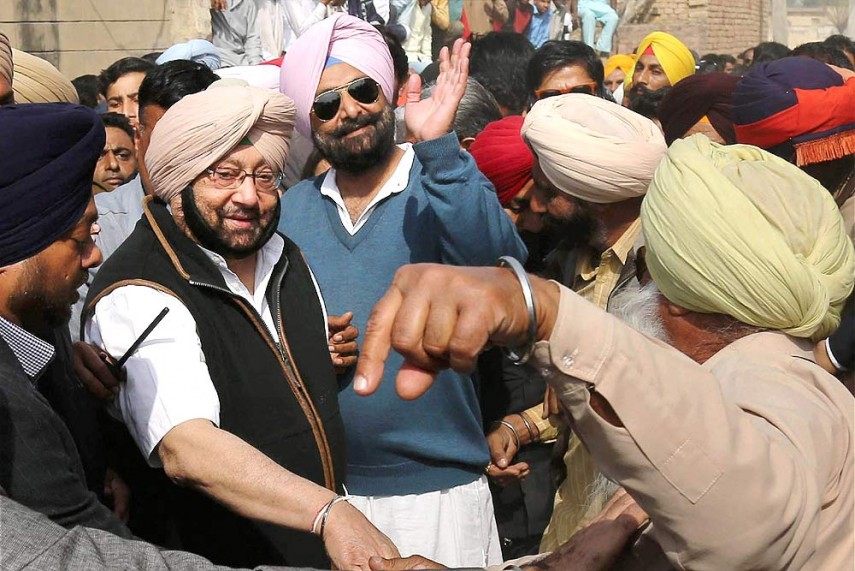 Print
A
A
A
increase text size
Outlook March 14, 2017 14:05 IST Amarinder Singh for a 'Simple' Swearing-In Ceremony, Says 'Govt Committed to Get Punjab Out of Financial Doldrums'

Stating that Punjab was in financial doldrums, Chief Minister-designate Amarinder Singh today decided to go in for a simple swearing-in ceremony as an austerity measure.

"There will be nothing ostentatious about the oath-taking programme at the Raj Bhavan on Thursday morning, when Punjab Governor V P Singh Badnore will administer the oath of office to Amarinder Singh as the new chief minister of the state," a Punjab Congress release quoted Amarinder as saying.

75-year-old Amarinder, CLP leader and Punjab Congress Committee president, will be sworn in along with a few members of his cabinet.

He has made it clear that in the light of the state's fiscal situation, he did not want any unnecessary or wasteful expenditure to be incurred on the swearing-in ceremony.

"Government was committed to getting the state out of the financial doldrums into which it had been plunged by the previous dispensation. Each small step will count towards ensuring that every possible rupee is saved at this critical juncture," he added.

The PPCC president requested all the newly elected MLAs to also keep their personal invitations to the bare minimum to keep the ceremony simple.

He urged them to ensure that their supporters also show similar restraint, and not clog the roads of Chandigarh and cause hardship to the people of the city.

While thanking the party workers and the people of Punjab for giving the Congress such a clear mandate in the assembly polls, the CM-designate said he would be visiting all the districts to personally express his gratitude once the immediate constitutional requirements of government formation are completed.

He appealed to the people to support his government's efforts in bringing Punjab's growth and development back on track.

Pointing to the thousands of crores of rupees of debt under which the state is currently reeling, he underlined the need for collective and out of the box initiatives by all government departments, backed by public support, to address the crisis.

Amarinder expressed confidence that his government would successfully overcome the situation "to revive the economic growth and restore the state to its original pristine glory".

Continue FREE with Ads Pay Rs. 1 to Read Without Ads
READ MORE IN:
Amarinder Singh National
Next Story : 'Politics Not for Me, Will Continue to Say What I Feel,' Says Aamir Khan on 52nd B'Day
Download the Outlook ​Magazines App. Six magazines, wherever you go! Play Store and App Store