Amarinder Singh Asks Centre Why It Is Not Releasing Buffer Stock 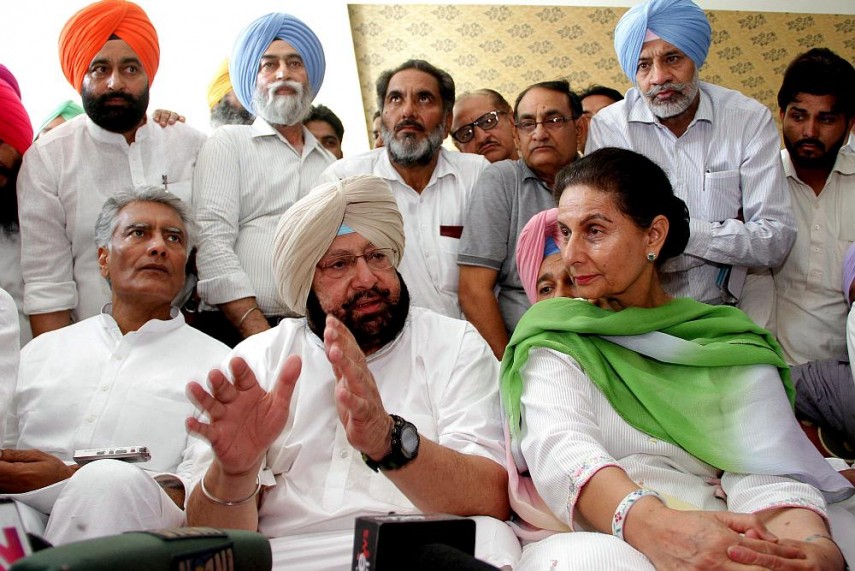 Print
A
A
A
increase text size
Outlook July 24, 2016 20:31 IST Amarinder Singh Asks Centre Why It Is Not Releasing Buffer Stock

Punjab Congress chief Amarinder Singh today asked the Centre as to why it was not releasing buffer stocks of the essential commodities in the market to check price rise.

Interacting with the workers and people of the Kartarpur Assembly segment during the 'Halke vich Captain' programme here, the former chief minister said buffer stocks are kept for such emergency situations only.

"I wonder why the government remains unmoved when the common man is reeling under extreme economic stress due to record breaking inflation," he said.

He said the BJP-led NDA government came to power mainly on the issue of price rise and by promising "achhe din".

About 3,500 people attended the programme. 2,100 of them submitting written petitions which will be addressed in due course of time.

Replying to a question on one-rank-one-pension (OROP), he blamed the bureaucracy for "discrimination" against ex-servicemen.

He said he was surprised to learn that in the Seventh Pay Commission, the same bureaucrats made provision of Rs 55,000 as special salary for bureaucratic posting to Guwahati but just Rs 28,000 for army personnel posted in Siachen.

He suggested the bureaucrats who don't understand the service conditions of the soldiers should be made to serve in Siachen.

He also promised to provide priority to ex-servicemen in allotment of tube-well connections and in nomination to the local bodies like Zila Parishads and Block Samitis.

He announced if voted to power, the Congress government will provide one-time age relaxation for those who have crossed the upper age limit for recruitment in the government services during last few years as there were no recruitments and they missed the chance.

He also reiterated the Congress government will waive of the application fee for appointments in the government jobs.

The PCC president promised to end "exploitation" by private educational institutions and said a regulatory authority will be set up for the purpose.

He said revival of government education and health services will be his top priority.

He said despite financial constraints he will ensure that these two sectors do not suffer due to lack of funds.