Amarinder Hits Out At Kejriwal, Says Will Wipe Out Drugs From Punjab In Four Weeks 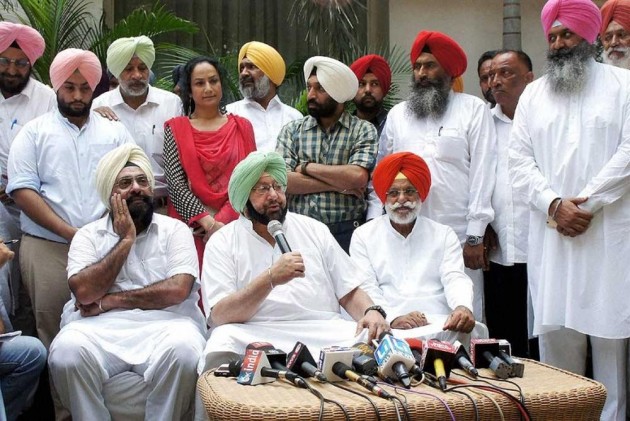 Print
A
A
A
increase text size
Outlook December 31, 2016 17:46 IST Amarinder Hits Out At Kejriwal, Says Will Wipe Out Drugs From Punjab In Four Weeks

"AAP workers are themselves making allegations of drugs abuse against their party leaders, many of whom are caught in corruption and sex scandals. Kejriwal was now resorting to diversion tactics by indulging in blatant lies against the Congress," Singh said.

Rebutting Kejriwal's allegation of drug peddling against Congress, the former Punjab chief minister said the AAP leader was resorting to falsehood in a desperate bid to divert the attention from drug abuse charges against his party's leaders.

Congress is committed to fight the drug menace in Punjab and the state party chief is committed to wipe out drugs from Punjab within four weeks of assuming power, a statement from the party said.

Singh also blamed Kejriwal for ditching the people of Punjab on key issues such as Sutlej-Yamuna Link (SYL) canal.

Again challenging Kejriwal for an open debate on issues vital to Punjab's interest, Singh said he was ready to debate him on all issue - including drugs and SYL.

"Kejriwal should debate instead of making unfounded allegations and resorting to cheap gimmickry," Singh added.

The people of Punjab want Kejriwal to convince them of their seriousness in the matter, especially given his track record of changing his mind 10 times a day, he claimed adding that the AAP leader should make his stand clear on the drug problem in the state.