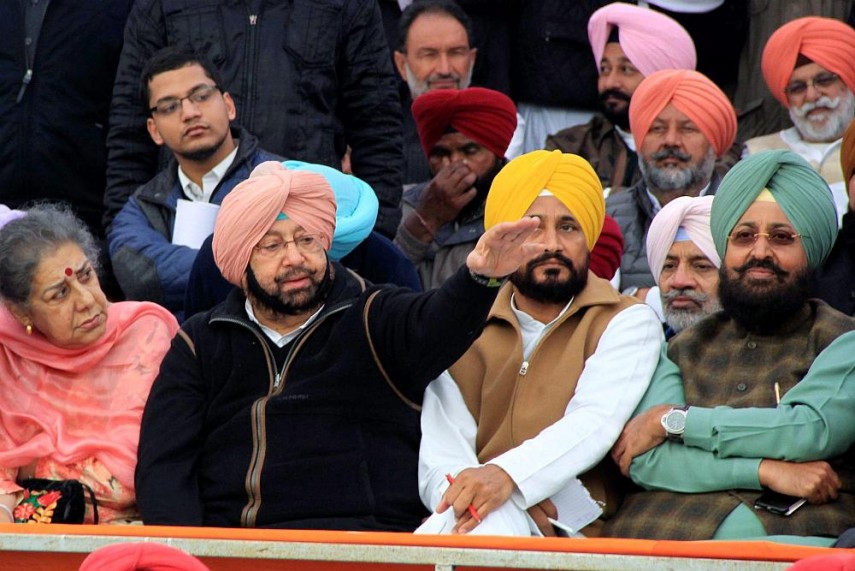 Accompanied by his wife and the present Patiala MLA Preneet Kaur and other family members he went to the office of the Sub-Divisional Magistrate and filed his nomination papers.

Earlier, 74-year-old Amarinder stopped en route to offer prayers and take blessings at the gurdwara and temple at Burj Baba Ala Singh at the historic Qila Mubarak of his ancestral home, followed by the Kali Mata Mandir, built by his family, as well as Gurdwara Dukh Nivaran Sahib.

After filing the papers, he embarked on a roadshow through his home town.

Amarinder will also file his papers from Lambi tomorrow, the other seat from which he is contesting the assembly polls.

At Lambi, he is taking Chief Minister Parkash Singh Badal head-on in what he himself as dubbed the grandfather of all battles.

Talking to media persons after filing his nomination, Amarinder said he was determined to defeat Badal from Lambi in order to teach a "lesson" to all future chief ministers allegedly misusing their powers for personal and family gains.

He ruled out any serious challenge to him from J J Singh, the Shiromani Akali Dal candidate for Patiala seat.