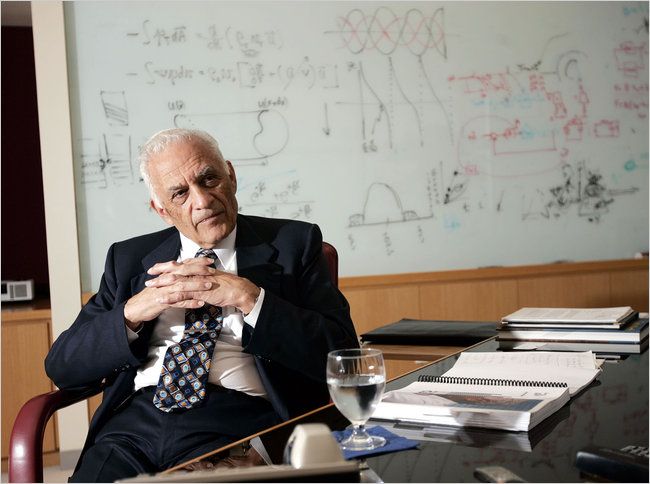 Bose's death was announced by his company Bose Corp's president, Bob Maresca, and the Massachusetts Institute of Technology (MIT), where Bose was on the faculty for over 40 years.

"We are deeply saddened to announce that Dr Amar Bose has passed away," Maresca said in a statement.

Bose died yesterday at his home in Wayland, Massachusetts. His death was confirmed by his son, Dr Vanu G Bose.

"Dr Bose founded Bose Corporation almost 50 years ago with a set of guiding principles that never changed and never will. Bose Corporation will remain privately held, and stay true to his ideals," Maresca said in a statement.

"We are committed to this as he was to us. His vision is our history, and our future, and Bose Corporation will forever be his company," Maresca said.

"This proud MIT graduate, professor and innovator was a true giant who over decades enriched the Institute he loved with his energy, dedication, motivation and wisdom. I have never known anyone like him. I will miss him. MIT will miss him. The world will miss him," Reif said.

Bose was born on November 2, 1929, in Philadelphia. His father, Noni Gopal Bose, was a Bengali freedom fighter who was studying physics at the Calcutta University when he was arrested and imprisoned for his opposition to British rule.

Noni Gopal Bose escaped and fled to the US in 1920, where he married an American schoolteacher.

As founder and chairman of the privately held company, Bose focused relentlessly on acoustic engineering innovation.

His speakers, though expensive, earned a reputation for bringing concert-hall-quality audio into the home.

In 2010, Bose Corp. Reported revenue of more than USD two billion. Two years ago, Bose had donated most of the stock in his company to MIT.

And by refusing to offer stock to the public, Bose was able to pursue risky long-term research, such as noise- cancelling headphones and an innovative suspension system for cars, without the pressures of quarterly earnings announcements.

A perfectionist and a devotee of classical music, Bose was disappointed by the inferior sound of a high-priced stereo system he purchased when he was an MIT engineering student in the 1950s.

In 1968, he introduced the Bose 901 Direct/Reflecting speaker system, which became a best seller for more than 25 years and firmly entrenched Bose as a leader in a highly competitive audio components marketplace.

Unlike conventional loudspeakers, which radiated sound only forward, the 901s used a blend of direct and reflected sound.

Later inventions included the popular Bose Wave radio and the Bose noise-cancelling headphones, which were so effective they were adopted by the military and commercial pilots.

Bose is survived by his son Vanu, who heads his own company, daughter Maya Bose and his second wife Ursula.

"While my father is well known for his success as an inventor and businessman, he was first and foremost a teacher.

I could not begin to count the number of people I've met who've told me that my father was the best professor they ever had and how taking 6.01 from him changed their life," Vanu said speaking of his father.

"Amar Bose was a legend at MIT," said MIT Chancellor Eric Grimson, who served as a faculty colleague of Bose in the Department of Electrical Engineering and Computer Science.

"He was an incredible teacher, an inspiring mentor, a deep and insightful researcher.

He has influenced multiple generations of students, both directly through the classroom and laboratory, and through the many students he influenced who have themselves pursued careers as faculty, propagating Professor Bose's approach to mentorship and teaching," he said.

My good friend Dr Amar Bose passed away today. He was respected for his sharp mind and for his humility. The world has lost a great leader.