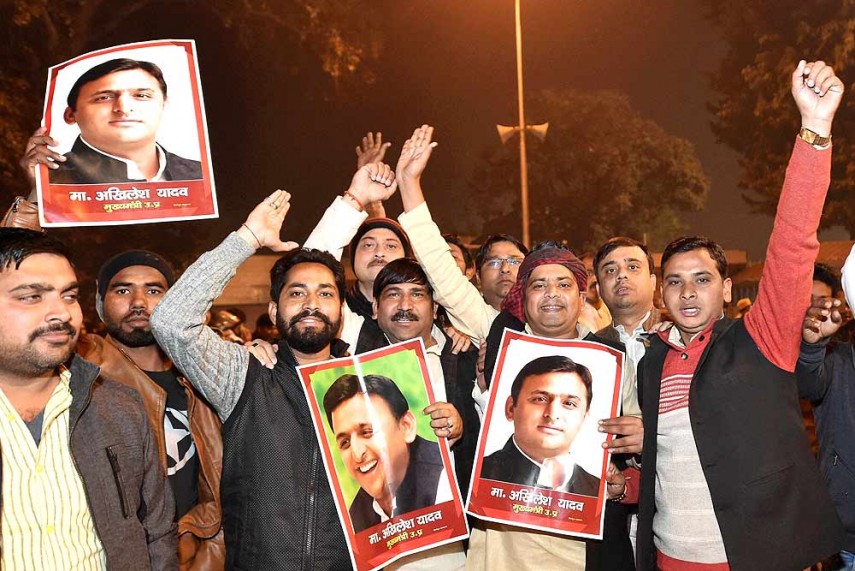 Samajwadi Party and Congress today forged an alliance to jointly contest all the 403 Assembly seats in Uttar Pradesh, insisting it was done to prevent "communal BJP" from coming to power.

The ruling Samajwadi Party will contest 298 of the state's 403 seats leaving the rest 105 for Congress.

He said the idea was to "uproot communal BJP" and make UP a leading state by removing both BJP and Mayawati's BSP.

The PCC chief said Congress has accepted SP's offer of 105 seats keeping in mind the prevailing situation in the country and also the atmosophere in the state.

"Keeping these factors in mind, Congress leadership agreed to strike an alliance to thwart BJP's divisive politics and at the same time to boost secularism and promote communal and social harmony.

"Our ideologies are not different. We share many common ideologies," he said, adding both the parties believed in social justice and development, peace and good atmosphere.

He said the alliance between the two youth leaders -- Akhilesh and Rahul Gandhi -- will ensure that politcs transcends narrow boundaries of caste and religion.

He also said BJP had created hardships for the people with its note ban decision. "Now people have an opportunity to teach BJP a lesson," he said.

When asked to comment on Congress' slogan "27 saal, UP behaal" Raj Babbar said, "Now UP will embark on the rapid path of progress and there will be no 'badhali' (in a bad state)."