Allegations Against Me to Score Political Points: Tytler to Kejriwal 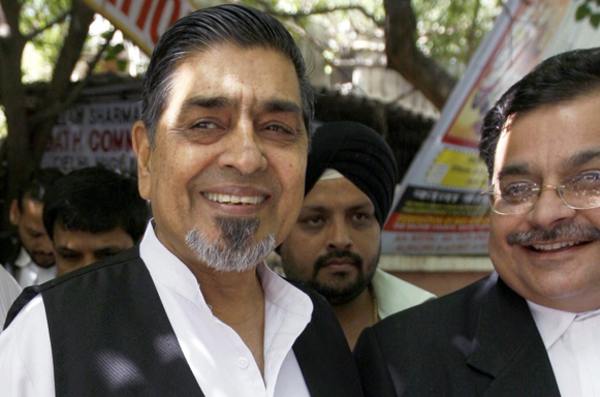 Print
A
A
A
increase text size
Outlook April 21, 2016 20:25 IST Allegations Against Me to Score Political Points: Tytler to Kejriwal

Attacking Delhi Chief Minister Arvind Kejriwal for writing to the Prime Minister alleging that Jagdish Tytler is interfering with probe into anti-Sikh riots, the Congress leader today alleged that the CM has acted in "haste" to score "political" points.

Kejriwal had in February written to PM Narendra Modi alleging that Tytler was "interfering" with the probe into the 1984 anti-Sikh riots and CBI was "shielding" him.

"I am pained and bewildered to read the contents of your letter addressed to PM. All I can say is you have acted in haste to score political points and that you have been misled and ill-advised to make the allegations which formed part of your letter," Tytler said in a letter to Kejriwal.

The Congress leader also maintained that he is under no "obligation" to clarify the facts but has only written the letter to put the "facts" in correct "perspective".

"Allegations regarding my involvement in 1984 Sikh riots are politically motivated, false, baseless and are being made by my political opponents to keep the pot boiling over an issue even though 32 years have passed since the unfortunate event," the letter said.

Referring to a discussion on the issue in Delhi Assembly last year for which Tytler had approached Speaker Ram Nivas Goel demanding that the discussion records be expunged, he urged the Chief Minister to set "political positions" aside.

"As CM of Delhi, we expect you to keep your political position aside while dealing with such 'emotive' issues and more so while writing in your capacity to PM. Though we are political opponents, yet we are required to act responsibly and not hurl false and baseless allegations.

"Further investigation is ongoing and matter is sub-judice and therefore, I request you to exercise restraint and not make false and bizarre allegations and leave it to the judiciary to decide about culpability of any person," the letter further said.