All Options on Table, Says White House on Threats Posed By North Korea 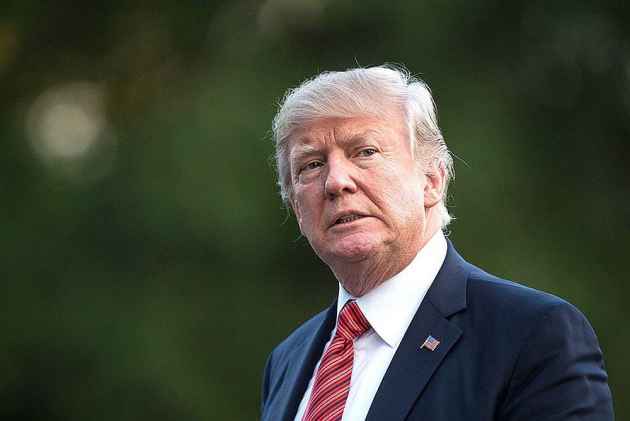 Print
A
A
A
increase text size
Outlook August 31, 2017 09:11 IST All Options on Table, Says White House on Threats Posed By North Korea

The White House has said that it has put all options on table to tackle the threat posed by nuclear-armed North Korea, which fired a ballistic missile that flew over Japan on Tuesday.

"I think the President (Donald Trump) has been very clear about his position on North Korea, certainly in his statement by saying all options are on the table, and that continues to be the case," White House Press Secretary Sarah Sanders told reporters yesterday on board with Trump on the Air Force One.

She was responding to questions on statements by the president and his Defence Secretary Jim Mattis on the repeated ballistic missile tests by Pyongyang.

In a tweet, Trump had riled out talks with North Korea, while Mattis has said that US is not out of diplomatic options.

"...As we've said before, we're going to use all methods and that will continue to be one of them, but only a part of the integrated policy and plan moving forward," Sander said.

She said the Trump administration has been taking serious action by putting strong sanctions on North Korea, continuing to put pressure across the board, and weighing its options.

"When the president makes a decision about next steps, we'll certainly keep you guys in the loop on that front," she said.

The missile, fired on Tuesday, travelled around 2,700 kilometers (1,677 miles) and reached a maximum height of 550 kilometers (341 miles) as it flew over the northern Japanese island of Hokkaido.

Meanwhile, Senators Joe Donnelly and Ben Sasse pushed for increased sanctions on both North Korea and China to crack down on Pyongyang's weapons program.

"...There is a strong consensus that the level of pressure necessary to get the Kim Jong-un regime to the table, let alone reach an agreement, will be extraordinarily high and must be coupled with a full court diplomatic effort with our allies and with China directly to persuade China to engage more directly with the DPRK," the letter said.