outlookindia.com
-0001-11-30T00:00:00+0553
Publishers Rupa and Aleph today agreed to "address" the concerns regarding a book on Hinduism by US scholar Wendy Doniger put forth by Delhi-based group SBAS which had forced Penguin to recall another book by the same author recently.

"Upon receiving your objections, we sent these to four scholars independently for reviews as this is common practice in such cases. We expect a response from the concerned scholars next week and shall deal with your concerns as required," said Mehra in a signed letter.

Mehra's response comes in the wake of Batra's email to him dated March 3 as well as a letter dated March 6.

"The book, which is out of stock with us shall not be reissued until the concerns are addressed for an acceptable resolution of the whole matter," Mehra wrote.

In a statement issued by Aleph, Mehra said Batra had "informed us that unless we withdraw the book, he would take legal action."

"We told them that once we have received the reports by the independent writers and scholars we will discuss with the author and the complainant in order to find a solution that satisfies all concerned parties," Mehra said.

The publisher further said, "Tthe author concurs with our proposed course of action. We have no further comment to make on the matter."

"We are not completely satisfied with the response and might move court if need arises," Rajeev Gupta spokesperson SBAS told PTI.

SBAS had on March 1 demanded that the publisher stop sales and pulp all remaining copies of Doniger's 2013 book On Hinduism whose contents they alleged were "malicious and offending".

Besides, the group had also demanded an assurance in writing from them on "no future publication" of the book.


Here are the full texts of the letters made public by Aleph Book on its Facebook page: 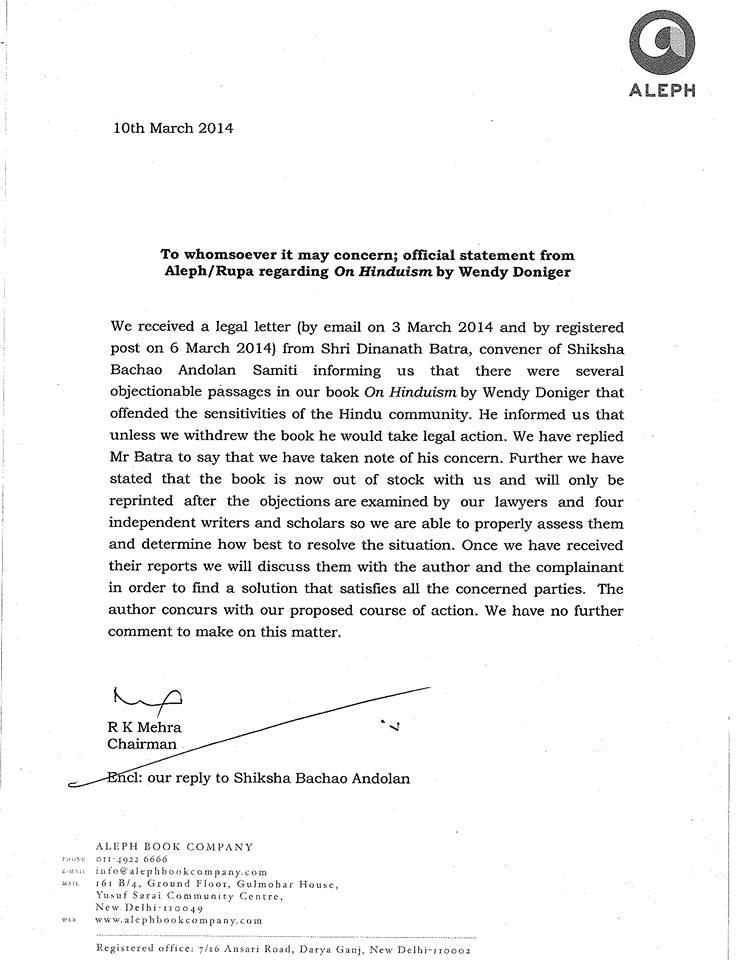 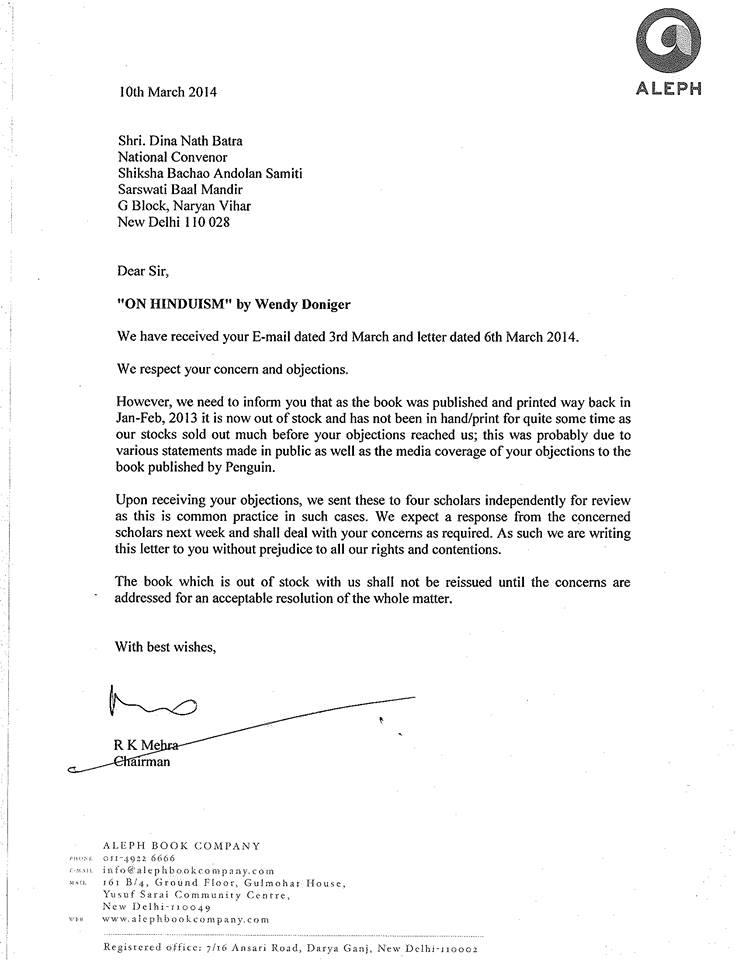