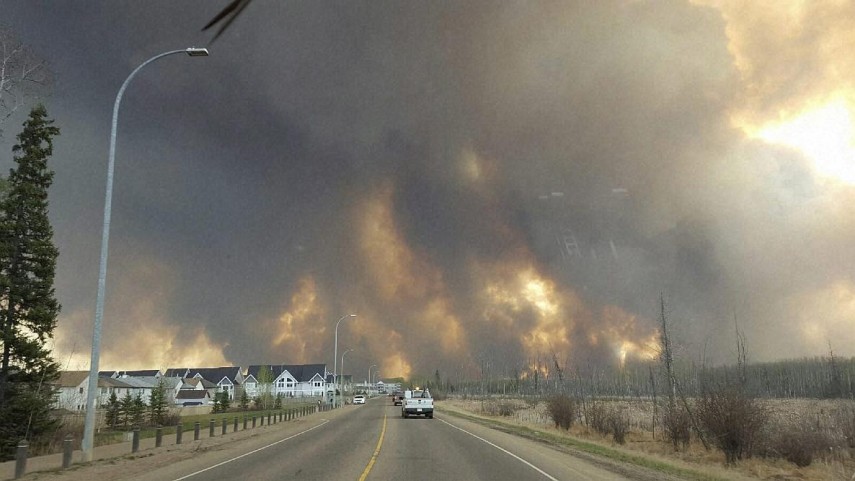 Alberta declared a state of emergency as crews frantically held back wind-whipped wildfires that have already torched 1,600 homes and other buildings in Canada's main oil sands city of Fort McMurray, forcing more than 80,000 residents to flee.

Alberta Premier Rachel Notley said fire had destroyed or damaged an estimated 1,600 structures. Flames are being kept from the downtown area thanks to the "herculean'" efforts of firefighters, said Scott Long of the Alberta Emergency Management Agency. No injuries or fire related fatalities have been reported.

The fire appeared near the airport late yesterday where crews were onsite. All commercial flights in and out of Fort McMurray have been suspended.

Unseasonably hot temperatures combined with dry conditions have transformed the boreal forest in much of Alberta into a tinder box. Fort McMurray is surrounded by wilderness in the heart of Canada's oil sands- the third largest reserves of oil in the world behind Saudi Arabia and Venezuela.