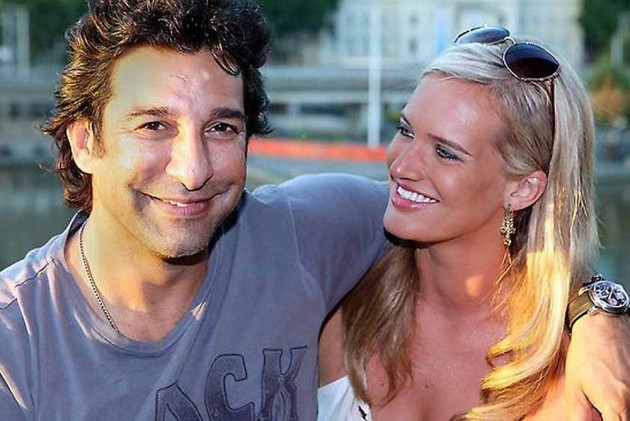 Pakistan's legendary cricketer and former captain Wasim Akram today escaped unhurt when an unidentified person opened fire at him in a road rage incident in the city's busy Karsaz area.

The 49-year-old Akram, one of the best left-arm fast bowlers ever to play the game, was on his way to National Stadium where he was to conduct a training camp for young fast bowlers.

"A car hit mine, I stopped him and then this guy stepped out and fired at my car. When I asked the driver to come out he suddenly opened fire at me. He was definitely an official, I have noted the number of the car and given it to the police," Akram told reporters.

"I am still in shock. There was no threat. I was going to to stadium for the camp. Your (media) job is to find out who that person was. If he can do it with me, then you can imagine what he would do with the common man," Akram said.

A senior police official confirmed to PTI that a bullet had grazed the Mercedes car of the former captain who is presently supervising a fast bowlers camp at the stadium.

Apparently Akram's car met with an accident when another vehicle tried to jam it to one side after which he chased the passengers and blocked their vehicle.

When heated words were exchanged, one of them suddenly opened fire on Akram, but he survived and the bullet grazed his vehicle, Gulshan area SP Abid Qaimkhani said.

Speaking to the media outside the National Stadium, Deputy Inspector General East Munir Sheikh said the episode was a clear case of road rage.

"According to preliminary investigation, the incident appears to be a case of road rage. But we cannot say clearly what the motive behind the attack on Wasim Akram was.

"We have identified the car from CCTV footage and will have the suspect in custody in a couple of hours," Sheikh said.

The former captain visited the office of DIG East and recorded his statement before the police.

himself, and the car next to him tried to jam his car to one side and opened fire. He did not get hit."