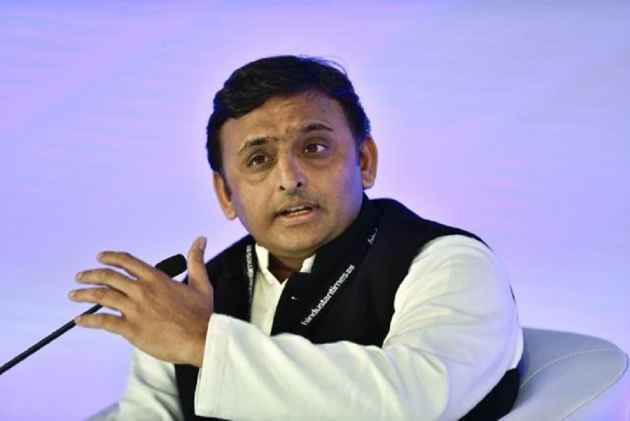 Print
A
A
A
increase text size
Outlook June 14, 2017 10:08 IST Akhilesh Yadav Raises Question Over Distributing Bags With His Picture In Gujarat Schools

The Samajwadi Party's national president Akhilesh Yadav today sought to put the BJP government in Gujarat on the dock asking how bags bearing his picture was distributed in that state.

The school bags came with stickers of the Gujarat government's school enrolment program. Beneath these stickers, however, is a smiling Akhilesh.

The bags were apparently manufactured for distribution in Uttar Pradesh when the Samajwadi Party was in power.

"The question is how bags of Uttar Pradesh are being distributed in Gujarat. The photograph is being hidden with sticker but Samajwadi work and colour is visible", Akhilesh said in a tweet.

The bags were distributed to students under the Gujarat government's 'Shala Praveshotsav' programme, an annual drive to enrol students in class I. The education department of Gujarat has now ordered an inquiry into how these bags landed up there.

That they have Akhilesh's picture was first discovered by teachers at a school in Vasedi village when the stickers reading 'Jilla Panchayat Shala Praveshotsav' came off.

The district panchayat had procured 12,000 of these bags through an e-tender from a Surat-based company, said district primary education officer Mahesh Prajapati.

The opposition Congress took this opportunity to take a swipe at the BJP government in Gujarat.