'Akbar' Was an Invader, Youth Should Follow The Path Of Maharana Pratap, Says UP CM Yogi Adityanath 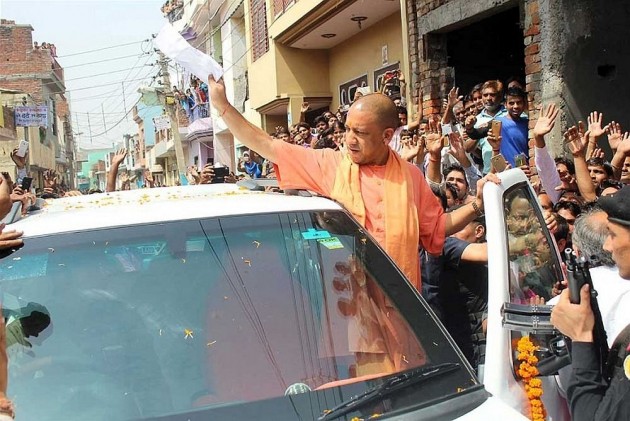 Print
A
A
A
increase text size
Outlook May 10, 2017 15:36 IST 'Akbar' Was an Invader, Youth Should Follow The Path Of Maharana Pratap, Says UP CM Yogi Adityanath

Akbar, Aurangzeb and Babar were "invaders" and the youngsters should follow the path shown by leaders like Maharana Pratap, Chief Minister Yogi Adityanath has said.

He said the problems of the country will vanish if this truth is accepted.

Adityanath was speaking at an event held here on the occasion of the 477th birth anniversary of Maharana Pratap yesterday.

"Maharana Pratap, Guru Gobind Singh and Chhatrapati Shivaji are our role models, and we must follow the path shown by them. Youngsters must learn a lesson from the self-respect and strength of character from Maharana Pratap. Akbar, Aurangzeb and Babar were invaders. The sooner we accept the truth, all the problems of our country will vanish," he said.

Asking the audience to treasure the rich history of the country, the UP CM said, "A community which does not have the capacity to treasure its rich history, can never keep its geography safe."