Air Pollution Levels in Delhi Nine Times That of WHO Limit 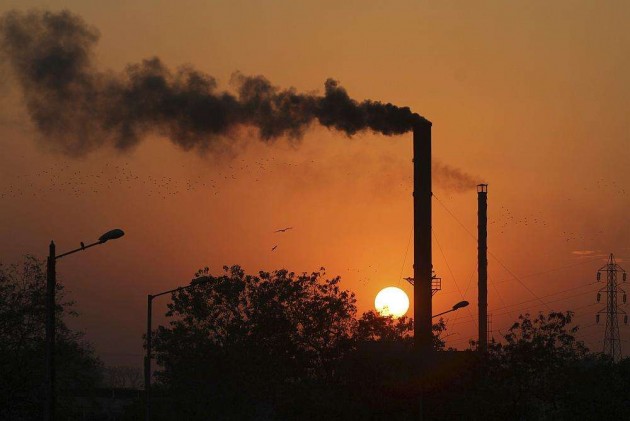 Print
A
A
A
increase text size
Outlook February 27, 2015 17:13 IST Air Pollution Levels in Delhi Nine Times That of WHO Limit

Amid growing concerns over deteriorating air quality in the capital, the Central Pollution Control Board (CPCB) has said that air quality in Delhi is seriously violative of the National Ambient Air Quality Standards.

CPCB stated before the National Green Tribunal that Delhiites are inhaling highly contaminated air in comparison to neighbouring places like Faridabad, Gurgaon and Ghaziabad.

A CPCB survey, which covered 16 cities in NCR and spanned over a period of 68 days from December 5, 2014 to February 10, 2015, stated that Delhi tops the list in terms of highest levels of nitrogen dioxide, benzene, and carbon monoxide.

"During the total monitoring period for nitrogen dioxide, it was observed that Delhi exceeds the NAAQS... While the remaining cities are within the National Standard (NAAQS 2009)," the report stated.

As far as particulate matter (sum of all solid and liquid particles suspended in air) is concerned, the CPCB report revealed that levels of particulate matter of the size of 10 micrograms in all 16 cities exceed the daily permissible levels set in NAAQS.

While fine particulate matter was monitored in four of the 16 cities - Delhi, Faridabad, Gurgaon and Rohtak, in all four, the levels exceeded permissible limits.

"Carbon monoxide has been monitored only at four cities namely Delhi, Faridabad, Gurgaon and Rohtak. During the total monitoring period for CO, it was observed that all the cities exceed the national standard (NAAQS 2009)," the report said.

Ammonia was monitored only at six locations in Delhi only and within the city, Punjabi Bagh has highest concentration of ammonia.

The CPCB report is in pursuance to the tribunal's December 4, 2014 order which had asked a team of CPCB, DPCC and others to take ambient air quality samples from the entire NCR Delhi at different intervals and times.

Recently, a study conducted at six places in the wake of US President Barack Obama's visit, found that air pollution levels are nine times than the WHO limit.

Earlier, the European Union had directed its diplomats here to install air purifiers in their offices and residences.

Continue FREE with Ads Pay Rs. 1 to Read Without Ads
READ MORE IN:
National
Next Story : Msg of Economic Survey Is to Continue Reforms: Naidu
Download the Outlook ​Magazines App. Six magazines, wherever you go! Play Store and App Store