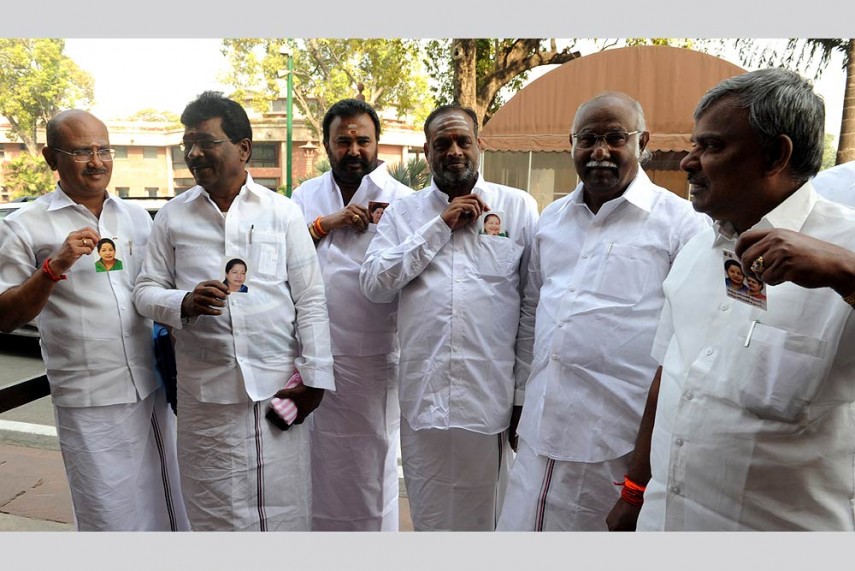 An AIADMK member in Lok Sabha today demanded a CBI probe into the "mysterious" death of party supremo J Jayalalithaa, with a Union Minister saying it was a matter of "great concern".

After P R Sundaram, who is affiliated to the rebel party group headed by former chief minister O Panneerselvam, raised the demand, Parliamentary Affairs Minister Ananth Kumar said the matter was of "great concern" but the state government has already ordered a probe and the Centre can act only after its report is submitted.

Sundaram claimed that nobody was allowed to meet Jayalalithaa during her 75 days of hospitalisation and noted that she was said to be suffering from dehydration and fever before it was "suddenly" announced that she had a heart attack following which she died.

"We want a CBI inquiry into the mysterious death," he said.

Kumar said the matter regarding the "sudden demise" of the then Tamil Nadu chief minister "is a mater of great concern to this House and the country" and there is a "feeling that the death had happened under mysterious circumstances".

He, however, said that the state government has already ordered an inquiry into the matter and it has to be submitted first so that the Centre can take any action.

Continue FREE with Ads Pay Rs. 1 to Read Without Ads
READ MORE IN:
J. Jayalalitha National
Next Story : Muslim Couple Sues US Airlines After Being Kicked Off Flight
Download the Outlook ​Magazines App. Six magazines, wherever you go! Play Store and App Store