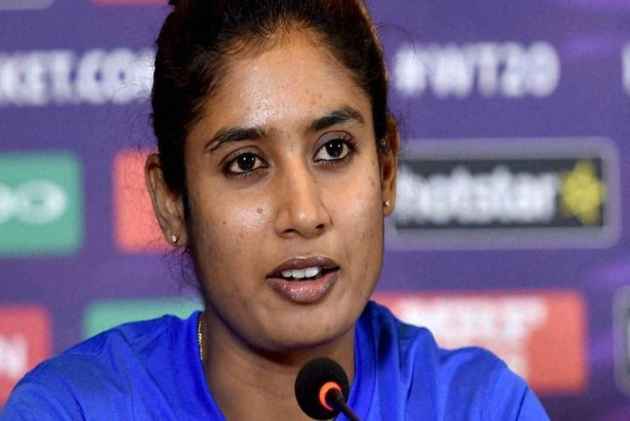 India skipper has sounded a warning shot to England ahead of Sunday's summit clash in the ICC Women's World Cup, saying the hosts should expect a tough contest from her ever-improving and gritty team.

India defeated England by 35 runs in their opening match and the final will be a rematch to decide who lays their hands on the coveted World Cup trophy at Lord's.

"As a team we are all very excited to be part of the final. We knew that this tournament wasn't going to be easy but the way the girls have turned up at every situation when the team needed, whether it was the batters or bowlers," Raj told reporters.

"It definitely isn't going to be easy for England. But it will come down to how we perform on that day. We really have to work on our planning and strategy because England have also peaked after being defeated by us in the first game.

"They have performed well in the run up to the final, so playing a host in their own country is going to be a challenge. But saying that this unit is up for it," she said.

It was Harmanpreet Kaur's sensational 115-ball unbeaten 171-run innings that set up the 36-run win over defending champions Australia in the semifinal yesterday and Raj described it as a huge achievement.

"Harman's innings was exceptional. Bowlers have done really well. Jhulan have comeback into her rhythm and Shikha also bowled well and spinners have also done a good job. This unit looks compact now," she said.

"After losing we made a comeback against New Zealand and winning a semi-finals against Australia is a huge achievement."

Talking about her team, Raj said: "We have players now who are of international standard. They are standing up every game. We have a new woman of the match to stand up and perform for the team.

"We have seen Smriti playing one of the best innings against England. Then Poonam Raut scored against Australia, we also have Harmanpreet Kaur. So the top order is scoring when it's actually needed and also the response from the bowling unit has been brilliant."

Kaur had suffered cramps during her sensational innings and asked if she would be available for the summit clash, Raj said: "Well, I am sure she would want to be part of playing XI that is going to the World Cup final at Lords.

"All of us are raring to be a part of that atmosphere and it is a once in a life time opportunity to be part of the finals," Raj said, reflecting on India's first World Cup final appearance since 2005.

"If we can pull it off in the final, it will be a big thing in India. It would be kind of revolution in women's cricket in India. Everybody has emphasised that we need to win an ICC tournament, so this is the stage and this is the platform. I probably wouldnt have a word to describe it,"

Australian captain Meg Lanning was crestfallen after the loss but credited India for the deserving win.

"Innings by Kaur was incredible. We couldn't stop her. Congratulations to India," Lanning said.

"We didn't get the start we wanted, lost too many wickets through the middle. We haven't really nailed a full game. We've had glimpses with the ball. All in all it was a disappointing end.

"We're going to have to look at a few things and see what we're going to need to do, because all of the teams around the world are improving. We've got a fair bit of work to do to make sure we keep getting better to make sure we beat sides like England and India," she added.

Kaur said she wanted to prove herself and everything she did worked today.

"I'm feeling proud. I didn't get a chance to bat in the whole tournament. Today when I got the chance I just wanted to utilise it, this opportunity, because today was the day where I wanted to prove myself, and thanks to God, whatever I was thinking, (worked)."

"When we started from Bombay, we wanted to reach the semi-final, then reach the final."