Ahead of Assembly Polls, Cash, Liquor Seized in UP, Drugs in Punjab 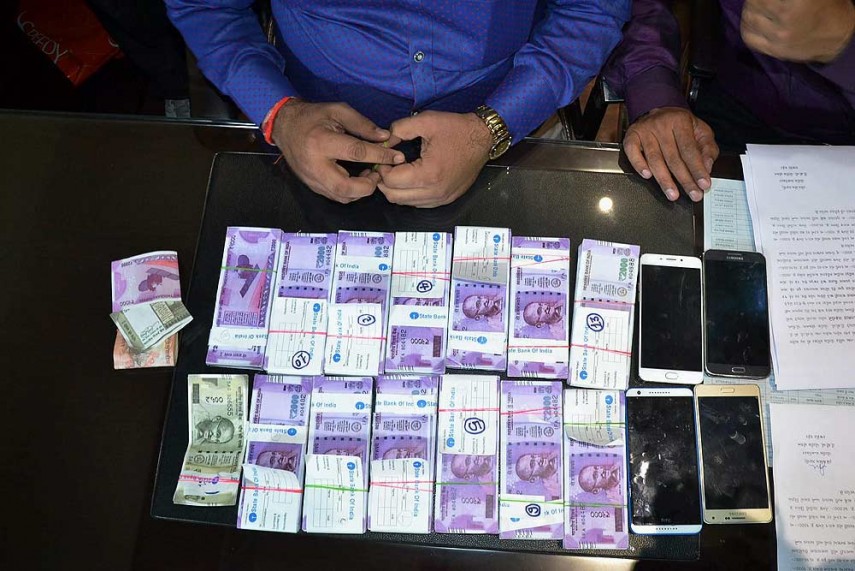 Print
A
A
A
increase text size
Outlook January 18, 2017 13:50 IST Ahead of Assembly Polls, Cash, Liquor Seized in UP, Drugs in Punjab

Election Commission-appointed surveillance and expenditure monitoring teams have recovered over Rs 64 crore in cash, including Rs 56.04 crore from Uttar Pradesh alone, and liquor and drugs worth over Rs 8 crore from the five poll-bound states.

As per official data, Punjab has witnessed the maximum seizure of drugs worth Rs 1.78 crore (heroine and poppy husk) followed by contraband in Goa valued at Rs 16.72 lakh while such seizures in Manipur amounted to Rs 7 lakh.

Among other illegal inducements used to bribe voters during the polls, the maximum of 1.98 lakh litres liquor worth Rs 6.06 crore has been seized in Uttar Pradesh while 10,646 litres of spirit has been seized in Punjab, valued at Rs 17.54 lakh.

Officials said a total of "Rs 64.38 crore in cash, Rs 6.23 crore of liquor and over Rs two crore worth narcotics have been seized in the five poll-bound states of Uttar Pradesh, Punjab, Goa, Uttarakhand and Manipur, till data recorded upto January 17."

There has been no cash and illicit liquor seizure in Goa and Uttarakhand till now while Manipur has had no liquor seizure even as UP saw no drugs seizure till now.

The EC has appointed about 200 election expenditure observers apart from other central observers to keep a check on black money and illegal inducements used to bribe voters at the hustings.

Assembly elections in UP, Punjab, Goa, Uttarakhand and Manipur will be held between February 4 and March 8.Counting of votes for all states will take place on March 11.

Meanwhile, three persons have been arrested with 160 kg of old in Mohali in Punjab. The three persons hail from Himachal Pradesh and the cost of the gold is estimated at Rs 22 crore.

"The trio could not produce any document for the gold, which they claim to have been imported from Peru. The police have seized the gold and the Income Tax department and DRI have been informed. The arrested will be produced in court today," they said.

The gold was found from their vehicle during the checking of vehicles in the poll-bound state, they added.