Aghast At The Infighting Within, Kerala Congress Gags It's Leaders 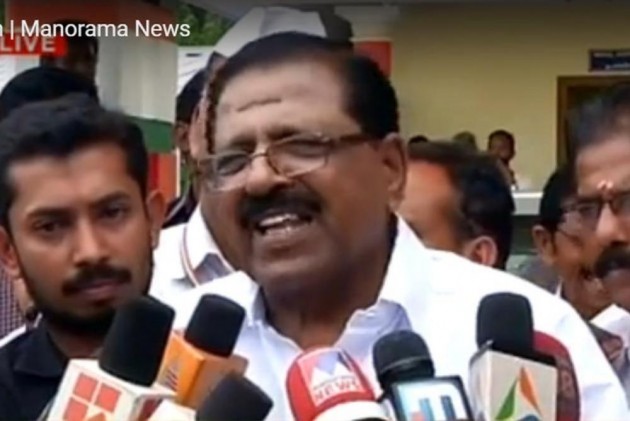 Print
A
A
A
increase text size
Outlook December 28, 2016 18:28 IST Aghast At The Infighting Within, Kerala Congress Gags It's Leaders

"Henceforth, no one should be making any statements on party issues. We have various forums in the party, where they can be discussed", AICC leader in-charge of Kerala, Mukul Wasnik, told reporters in Delhi.

He also said that stern action would be taken against those who continue to make public statements.

There had been displeasure in various sections of Congress over selection of DCC Presidents since the last few days.

The war between various factions in the state Congress intensified with former KPCC President K Muraleedharan  attacking the state leadership, saying the party and UDF had failed to function as an effective opposition and were unable to capitalise on shortcomings of the CPI(M) led LDF government.

While senior Congress leader A K Antony said he was 'hurt' and 'pained' by the developments, former Chief Minister Oommen Chandy felt intolerance towards criticism should be avoided and such opinions should be taken positively.

The differences spilled out into the streets today by a section of party workers allegedly throwing rotten eggs at the car of Rajmohan Unnithan, who had locked horns with Muraleedharan over the outburst.

Today's developments was all the more embarrassing as the party was observing its formation day.

Unnithan, who resigned from the post of KPCC spokesperson yesterday, was attacked allegedly by a group of Congress workers in front of the DCC Office at Kollam when he was proceeding to attend the party celebrations.

His car was also damaged.

While KPCC President V M Sudheeran said the incident was 'unfortunate' and that the party would enquire about it, V D Satheeshan, MLA, with folded hands urged leaders not to throw mud at each other and hurt feelings of the ordinary workers.

Muraleedharan wanted the leadership to intervene to sort out the matter and said the attack on Unnithan was unfortunate.

However, Unnithan alleged that "paid goons" of Muraleedharan were behind the attack.

Joining the issue, K C Joseph, considered to be close to Chandy, came out in support of Muraleedharan and sought action against Unnithan.