After Sangakarra, Jayawardene Also to Quit T20Is After WC 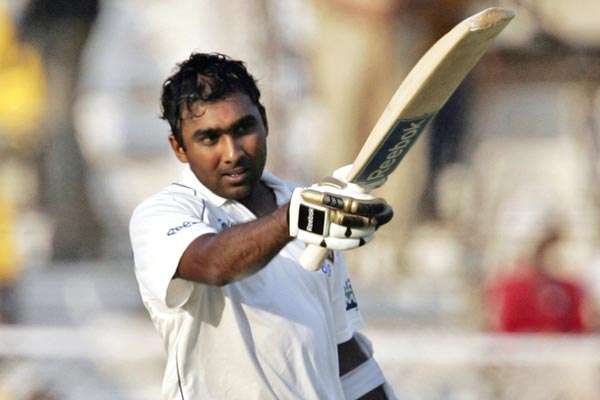 Print
A
A
A
increase text size
Outlook March 17, 2014 13:15 IST After Sangakarra, Jayawardene Also to Quit T20Is After WC

Sri Lankan stalwart Mahela Jayawardene today announced his retirement from Twenty20 International cricket after the conclusion of the ongoing ICC World T20 in Bangladesh, a format in which he flourished as one of the most successful batsmen.

Jayawardene made the announcement through the ICC's Twitter Mirror campaign, in which players have been posting photographic messages directly to their fans through the social networking website.

"SL legend @MahelaJay to join @KumarSanga2 in T20I retirement after the #wt20 2014," the ICC said in a tweet posted along with a signed photo of both Sangakkara and Jayawardene posing together with a message at the background, saying 'Last World T20. Let's make it count'.

The decision came a day after another Sri Lankan veteran Kumar Sangakkara announced retirement from the shortest format in the international circuit after the ICC World T20.

The 36-year-old Jayawardene, who has appeared in all four T20 World Cups till date, will quit the shortest format as one of the all-time top batsmen.

With 1335 runs from 49 T20I matches at an average of 31.78 and with a strike rate of 134.17, Jayawardene is currently the highest Sri Lankan run getter in T20Is and second overall behind Brendon McCullum (1959 from 64 matches) of New Zealand. He was the captain of Sri Lankan team which lost in the final of the last ICC World T20 at home against the West Indies.

Jayawardene is one of the few batsmen who have scored a T20 International century. His 100 -- which is also his highest T20I score -- came against Zimbabwe in Guyana during the 2010 ICC World T20. He has scored eight half-centuries in T20 international matches.

Jayawardene made his T20I debut in June 2006 against England at Southampton. He led the Delhi Daredevils side in the IPL last season but found no buyers in the players' auction this year.