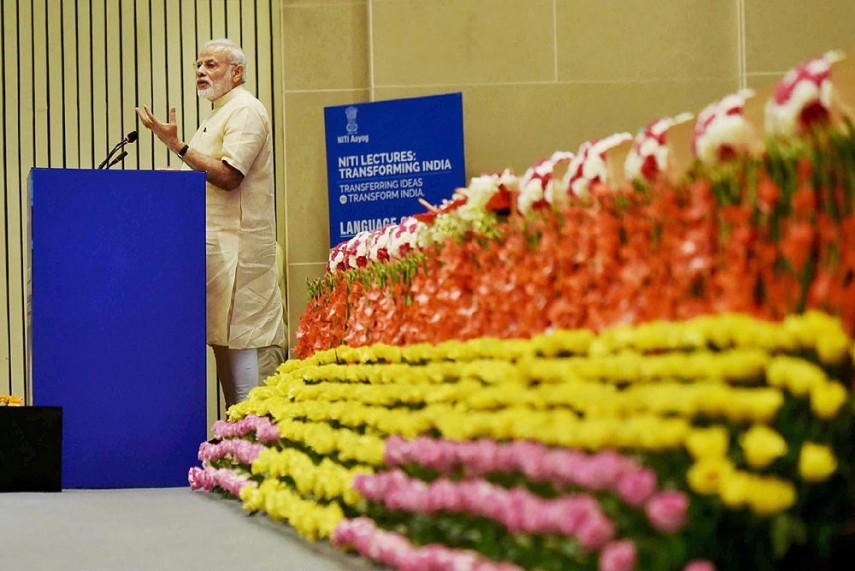 The government think tank said it would be in the national interest to hold simultaneous elections to the Lok Sabha and state Assemblies, and suggested formation of a group of experts to devise how it could be done.

"We may begin work towards switching to a synchronised two-phase election from the 2024 election to the Lok Sabha. This would require a maximum one-time curtailment or extension of (the tenure of ) some state assemblies," it said.

Noting that it is in the national interest to hold simultaneous polls, the Niti Aayog said a focused group of stakeholders comprising constitutional and subject matter experts, think tanks, government officials and representatives of various political parties should be formed to work out appropriate implementation related details.

"This may include drafting appropriate Constitution and statutory amendments, agreeing on a workable framework to facilitate transition to simultaneous elections, developing a stakeholder communication plan and various operational details," it said in its "Three Year Action Agenda, 2017-18 to 2019-20".

It has suggested making the Election Commission the nodal agency to look into the suggestion and set a "timeline" of March 2018 for this purpose.

The Aayog's recommendation comes after Prime Minister Narendra Modi and former president Pranab Mukherjee made a strong pitch for simultaneous elections to the Lok Sabha and state Assemblies.

Modi has repeatedly spoken in its favour, saying if the proposal was not suitable, it could be rejected, but there should be a debate on it.

At the Diwali Milan event organised by the BJP last year, Modi said, "There will be hesitation for some time. But, despite such dilemma, the public discourse should continue."

He had, however, insisted a decision on this cannot be imposed by the government.

Mukherjee, in his speech on the eve of this year's Republic Day, too, had favoured it.

"The time is also ripe for a constructive debate on electoral reforms and a return to the practice of the early decades after Independence when elections to the Lok Sabha and state assemblies were held simultaneously.

"It is for the Election Commission to take this exercise forward in consultation with political parties," the former president had said.

Modi had said again in February that simultaneous elections would "cause some loss to all, including us" but political parties should not look at the idea through the narrow prism of politics.

"One party or a government cannot do it. We will have to find a way together," the PM had said.

Elections are held all the time and continuous polls lead to a lot of expenditure, he had said replying to the debate in the Lok Sabha on the Motion of Thanks to presidential address.

Over one crore government employees, including a large number of teachers, are involved in the electoral process causing maximum harm to the education sector, he had said.

Security forces also have to be diverted for the electoral work even as the country's enemy keeps plotting against the nation and terrorism remains a strong threat, Modi had said.