After Grand Slam Title, Bopanna's Name To Be Recommended For Arjuna Award 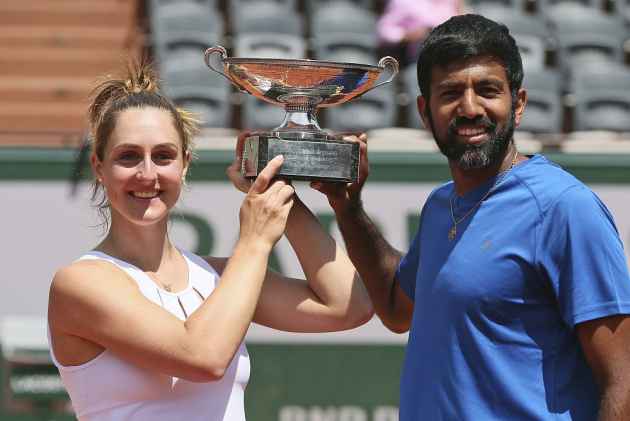 Print
A
A
A
increase text size
Outlook June 09, 2017 13:48 IST After Grand Slam Title, Bopanna's Name To Be Recommended For Arjuna Award

Acknowledging the Grand Slam feat of Rohan Bopanna, the All India Tennis Association (AITA) has decided to send his name to the government for this year's Arjuna award.

Bopanna on Thursday won his maiden Grand Slam title by winning the mixed doubled trophy at the French Open with Canada's Gabriela Dabrowski.

"We will recommend Rohan's name for Arjuna on Friday. We have recommended his name several times in the past but the previous committees did not give him the award. Now he deserves this honour. He should be given the award this time," AITA Secretary General Hironmoy Chatterjee told PTI.

"We have also recommended the name of Rushmi Chakaravarthy for the Arjuna," he added.

When reminded that the deadline to send application has already expired, Chatterjee said, "We will still try to do it today. It can be done."

Bopanna became only the fourth Indian to win a Grand Slam after Leander Paes, Mahesh Bhupathi and Sania Mirza.

In a release, the AITA said, "This is a well-deserved victory. We wish him more success in the years to come. His victory will certainly be a morale booster for young and budding tennis players in the country."

"We are quite sure that this victory will definitely get him the Arjuna award which is long overdue, though AITA has recommended his name quite a number of times."