After Death Of Dissident Liu Xiaobo in Custody, China Under Pressure to Free Widow 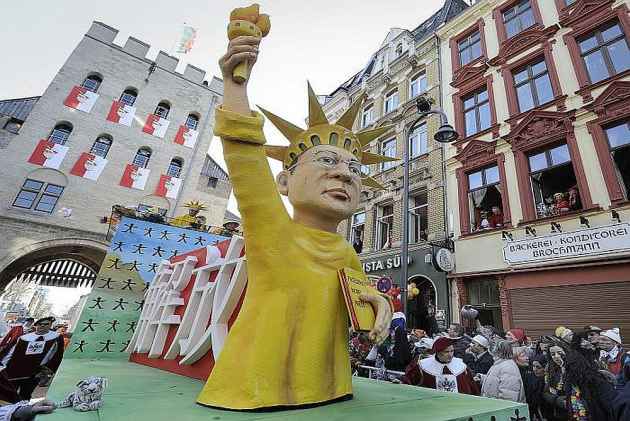 Print
A
A
A
increase text size
Outlook July 14, 2017 09:33 IST After Death Of Dissident Liu Xiaobo in Custody, China Under Pressure to Free Widow

China faced international calls today to free the widow of Nobel laureate Liu Xiaobo after global condemnation over the Communist regime's refusal to grant the democracy champion's dying wish to leave the country.

The United States and the European Union urged President Xi Jinping's government to let Liu's widow, the poet Liu Xia, who has been under house arrest since 2010, leave the country.

Chinese doctors said she was by her husband's side when he lost his battle with liver cancer yesterday at age 61, more than a month after he was transferred from prison to a hospital in the northeastern city of Shenyang.

Liu's main doctor said he was able to say goodbye to his wife and in his final moments told her to "live well".

But authorities have restricted her contact with the outside world and her whereabouts were unknown following the death of her husband, a veteran of the 1989 Tiananmen Square protests whose advocacy for democratic reform infuriated the government.

"I call on the Chinese government to release Liu Xia from house arrest and allow her to depart China, according to her wishes," US Secretary of State Rex Tillerson said.

The EU urged Beijing to let Liu Xia and his family bury him "at a place and in a manner of their choosing, and to allow them to grieve in peace".

Jared Genser, a US lawyer who represented Liu, said all contact with Liu Xia had been cut off in the past 48 hours.

"I am deeply worried about what's happening with her right now," Genser told CNN, adding that it would be hard for the government to justify continuing to hold her without charges.

Foreign ministry spokesman Geng Shuang rejected the criticism of China's handling of Liu's death, adding that doctors made "all-out" efforts to treat him.

"China is a country under the rule of law. The handling of Liu Xiaobo's case belongs to China's internal affairs, and foreign countries are in no position to make improper remarks," Geng was quoted as saying by the official Xinhua news agency.

The remarks came after British Foreign Secretary Boris Johnson hit out at China for preventing Liu from travelling overseas for treatment while Germany voiced regret that Beijing ignored its offer to host Liu Xiaobo.

Liu was jailed in 2008 after co-writing a petition calling for democratic reforms and was sentenced to 11 years in prison for "subversion" a year later.

He became the first Nobel Peace Prize laureate to die in custody since German pacifist Carl von Ossietzky in 1938, who had been held by the Nazis.

The Chinese political prisoner was represented by an empty chair at his Nobel prize ceremony in Oslo in 2010.

The Nobel Committee said Thursday the government "bears a heavy responsibility for his premature death".

But some of the global reaction to his death was muted, highlighting China's emergence as an economic and diplomatic superpower on the world stage.

US President Donald Trump and his French counterpart Emmanuel Macron offered praise for Xi at a press conference Thursday in Paris, avoiding comment on Liu's death.