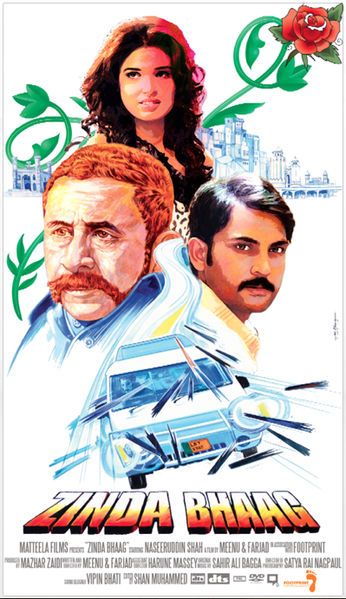 Zinda Bhaag, a film starring Naseeruddin Shah and co-directed by India's Meenu Gaur, was today named Pakistan's first entry to the Oscars after a five-decade absence from the prestigious film awards.

A panel of experts, headed by Emmy and Academy award winner Sharmeen Obaid Chinoy, picked Zinda Bhaag out of four films submitted to the selection committee. The other movies were Chambeli, Josh and Lamha.

The film, produced by Mazhar Zaidi, focusses on the problem of illegal immigration and features renowned actor Naseeruddin Shah in a central role.

"The Pakistan Academy Selection Committee has selected Zinda Bhaag as the first Pakistani film in over 50 years to be submitted for Oscar consideration," said a statement posted on the Facebook page of Sharmeen Obaid Chinoy Films.

The panel used secret balloting to make its selection and the final choice got the "overwhelming support" of the experts.

Zinda Bhaag, co-directed by Gaur and Farjad Nabi, is only the third Pakistani film to be sent for the Academy Awards since the best foreign language film category was created in 1956.

The film is a comedy thriller in Urdu and Punjabi that revolves round three men who want to go abroad by using non-conventional means. The issue of illegal immigration is a burning topic in Pakistan.