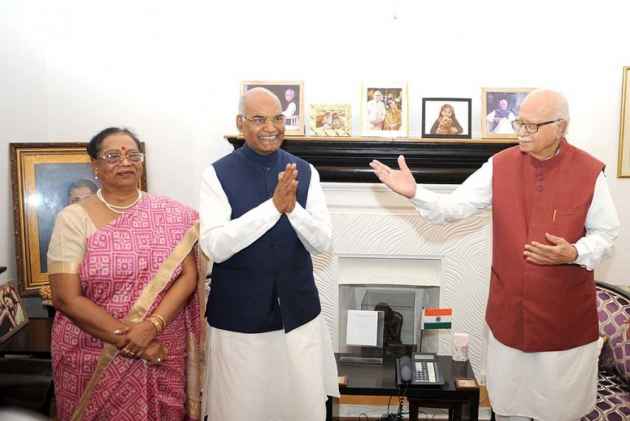 Former Union minister Swami Chinmayanand today claimed that Lal Krishna Advani had recused himself from being the presidential candidate of the ruling NDA.

"Former deputy PM Lal Krishna Advani had recused himself from being the presidential candidate of the ruling NDA, since he has been named as an accused by the CBI in the ongoing Babri Masjid demolition case," he said here.

"It is absolutely wrong to presume that Advani was ignored as a probable presidential candidate by the NDA," said Chinmayanad, who served as the Union Minister of State for Home in Atal Bihari Vajpayee-led NDA government.

On queries about the elections for the post of the Vice President, he said the NDA was yet to decide its candidate.

On resolution of the Ayodhya issue, Chinmayanand said the construction of Ram temple was "very important" and the Supreme Court has already suggested that the issue should be resolved through talks.

"But, the other side is not ready for talks," he claimed.

He suggested that the Centre could pass a legislation to make sure that the temple is built.

"The Centre had earlier got Somnath temple reconstructed after passing a law. Now with the BJP in power both in UP and at the Centre, laws should be passed, so that a grand Ram Temple in Ayodhya can be reconstructed. This is one of the alternative solutions," he said.