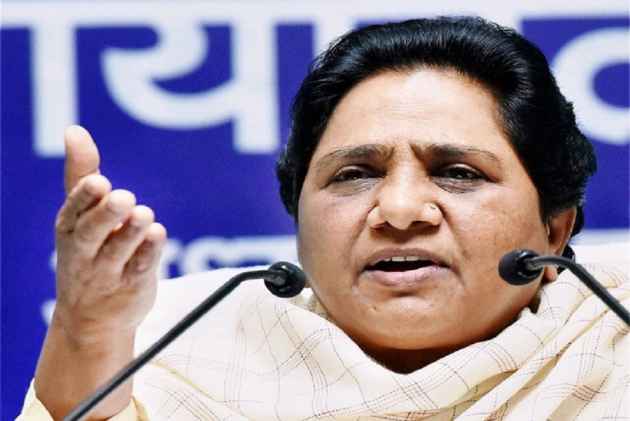 BSP chief Mayawati today trashed as a "political drama" the lunch Uttar Pradesh Chief Minister Yogi Adityanath had with around 500 Dalits in Gorakhpur, and said it will neither change the face of the saffron party nor benefit the underprivileged.

Had there been even an "iota of honesty" in BJP's intentions or policies, the Saharanpur incident would not have taken such a serious turn and atrocities would not be continuing against Dalits, she said in a press release here.

"The failure to arrest the main accused of casteist violence in Saharanpur and victims still not getting justice are proof of BJP's anti-dalit mindset in the state and this is similar to what is going on in other states where BJP is in power," she said.

"Casteist BJP leaders and Chief Minister Adityanath having food with the Dalits is nothing but a poltical drama. Everyone is aware that it will not change the anti-dalit, anti-backward face of the BJP nor will it benefit the lot of dalits or underprivileged," she added.

Mayawati said the members of dalit and other backward castes are still forced to live in dismal conditions as they have not been able to get their constitutional rights. It is the duty of the government to extend justice to them, she said.

"This is also the reason as to why the parks and memorials installed in honour of saints and great men born in these sections of society are today lying in a state of utter neglect ... BSP has been continuously drawing the attention of the government towards this apathy," she said.

On a visit to Gorakhpur, the chief minister participated in a community feast in Harnampur village under Campierganj tehsil of the district to drive home the message that there was equality in the society and no discrimination on caste.

He broke bread at the 'sahbhoj' after unveiling the statue of B R Ambedkar in a park yesterday on an invitation from BR Ambedkar Jankalyan Seva Samiti.