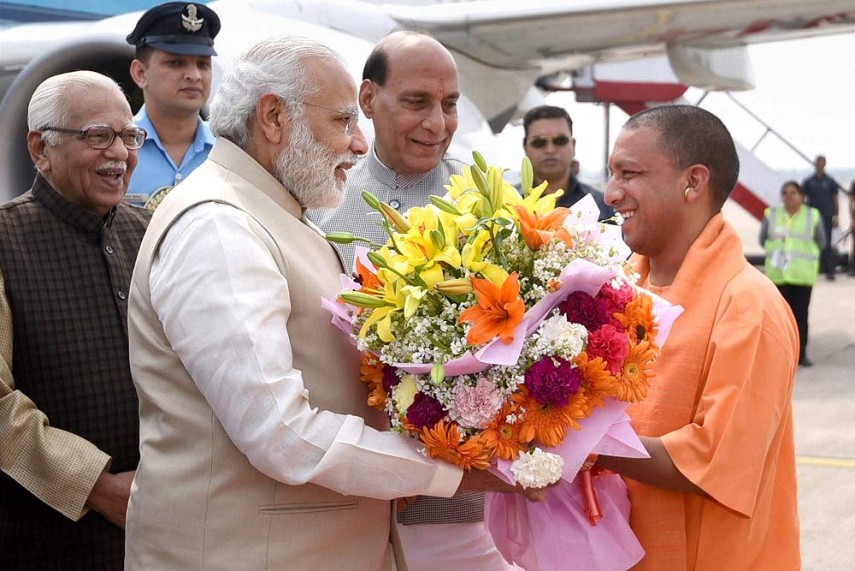 Amnesty International today called for public withdrawal of alleged inflammatory statements made in the past by BJP leader Yogi Adityanath, a day after he assumed charge as UP Chief Minister.

"Adityanath has been one of Uttar Pradesh's most polarising politicians, given to hateful rhetoric that incites discrimination and hostility against minority groups, particularly Muslims," alleged Aakar Patel, Executive Director, Amnesty International India.

The five-time MP from Gorakhpur, a known Hindutva hardliner, who was sworn in as the 21st chief minister of the state, stayed at the VVIP Guest House overnight and has decided not to enter his official residence before conducting prayers and purification rituals.

"As Chief Minister of India's most populous state, he and his party have an obligation to ensure that his positions do not become government policy. It is therefore imperative that he retracts any statements which may provide a license for others to abuse human rights," Patel said in statement by the global NGO.

The statement said Adityanath had called for India becoming a "Hindu state" and also made "polarising" statements claiming 'love jihad'.

He faces criminal charges in multiple cases, including attempt to murder, criminal intimidation and rioting, Amnesty alleged, adding, "in 2007, he was detained for 15 days for allegedly inciting riots in Gorakhpur".

Adityanath has been also charged in the past with endangering life or personal safety of others, unlawful assembly and trespassing on burial grounds.

A murder case is going on in the court of CJM, Maharajganj, according to his 2014 election affidavit.

Adityanath is also the founder of the Hindu Yuva Vahini, an organisation which has often been accused of "instigating communal tension".

"Adityanath's toxic ideas must not become part of his governance. By demonising Muslims, he has increased religious divisions and put ordinary people at risk of discrimination, hostility and violence.

"As the head of the Uttar Pradesh government, he must disown his poisonous statements, and ensure that his administration respects the rights of people of all faiths," Patel said.