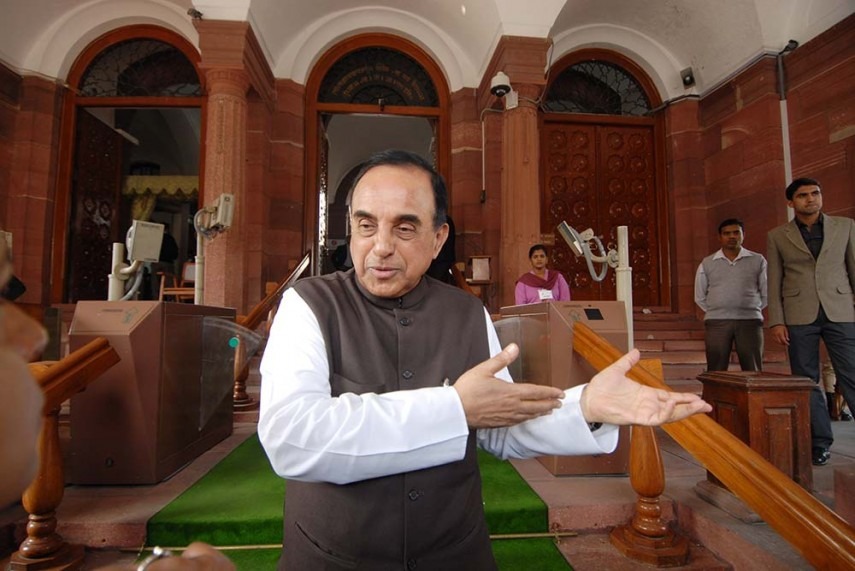 Print
A
A
A
increase text size
Outlook May 25, 2017 12:13 IST Adityanath Being Targetted by 'Foreign Forces', Says Swamy on Saharanpur Violence

Urging people to not get carried away by "contrived events" like the Saharanpur violence, Bharatiya Janata Party (BJP) leader Subramanian Swamy on Thursday said there are some kind of "foreign forces" which are targeting Uttar Pradesh Chief Minister Adityanath-led Government to "defame" him.

Swamy told ANI that these events were aimed at desecrating Adityanath.

"They will blame the Rashtriya Swayamsevak Sangh (RSS) for everything, but the fact is Adityanath is being targeted by the foreign forces to defame him. And the same foreign forces have targeted our Sadhu Sanyasis. This is because of the Hindu consolidation which is frightening for those, who want to convert our society into their religion," he said.

"So, we have to take this step. We all are fully behind Adityanath. We all are with him. He is not afraid of anything and we have to be very sure that we do not get carried away by these events as they are aimed at desecrating Adityanath. I don't think these are all natural events; they are all contrived events," he added.

Meanwhile, aiming at revival of peace in the violence-stricken Saharanpur, the BJP urged Bahujan Samaj Party (BSP) chief Mayawati to not add oil in the prevailing tensed situation.

"Our first concern is that peace should return there, no one should suffer and properties, whether private or public must be protected. The second issue is that by going there and instigating, contributing to an already tensed situation with inflammatory words or an act (or words) which may not calm down the temperature there cannot be ignored. So, before levelling allegations on the BJP, Mayawati will have to answer," Kohli said.

BJP leader S. Prakash also held the same opinion and said that it was Mayawati's duty to ensure peace and not speak in a manner which vitiates the atmosphere further.

Addressing a rally in Saharanpur's Shabbirpur village, Mayawati on Tuesday held the BJP-led Uttar Pradesh Government for creating rift between the Dalits and the Rajputs and claimed her party ruled Uttar Pradesh four times but "didn't let a single episode of communal violence to occur and maintained communal harmony."

One person was killed and 16 people, including a head constable, were injured in clashes between Dalits and Rajputs in Shabbirpur and Simlana villages on May 5.

Reports said that the police stopped the Maharana Pratap procession after some Dalits informed the police. This angered Rajputs, who allegedly resorted to violence. (ANI)