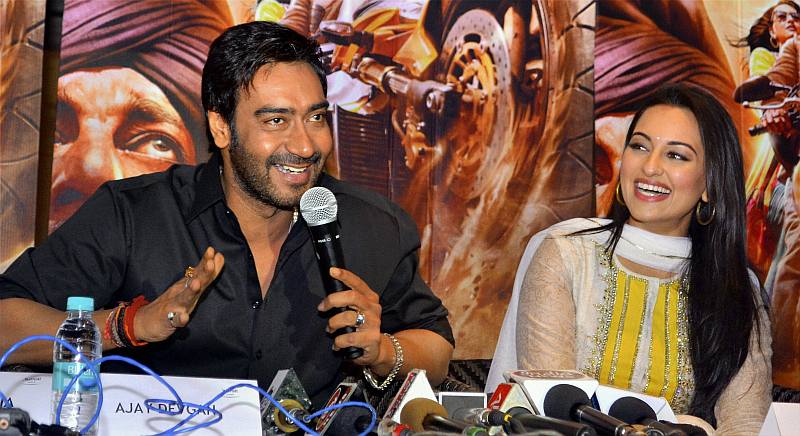 The Competition Appellate Tribunal has ordered an inquiry into allegations by Ajay Devgn Films that its movie Son of Sardaar was facing a negative promotion campaign from Yash Raj Films for its Diwali release Jab Tak Hai Jaan.

"The Competition Appellate Tribunal has seen merit in our case and has issued notice for enquiring into the anti- competitive activities of YRF about the tie in arrangement to block our movie Son of Sardaar on the day of Diwali," an ADF spokesperson said in a statement today.

Two days ago, fair trade regulator Competition Commission of India's (CCI) rejected actor-producer Devgn's complaint alleging abuse of dominant position by YRF, saying that there are no violations of competition norms in the case.

Shocked by the rejection of CCI, Devgn had approached the Appellate Tribunal.

"Looking at YRF's statement that only 821 theatres have already executed agreement with YRF for showing Jab Tak Hai Jaan on the Diwali day, had a so called tie in arrangement in comparison to 1407 single screens for Ek Tha Tiger, the Competition Appellate Tribunal did not provide an interim relief," the statement said.

"This leaves the balance screens which have not executed agreements with YRF to show Jab Tak Hai Jaan till date to be free to exhibit Son of Sardaar without any tie in arrangement of YRF.

"This would include 586 single screens which had earlier shown Ek Tha Tiger. Accordingly, we would now be approaching all theatres who have not executed any agreement for showing Jab Tak Hai Jaan for exhibiting our movie," it said.

43-year-old Devgn has been insisting that he has been fighting for his right and asking for fair view on the matter.

"If the above facts are found to be false which would be proven through evidence after the release of the movie, we would not only continue to fight against YRF's anti competitive activities on our own behalf but also on the behalf of the entire industry," the statement said.