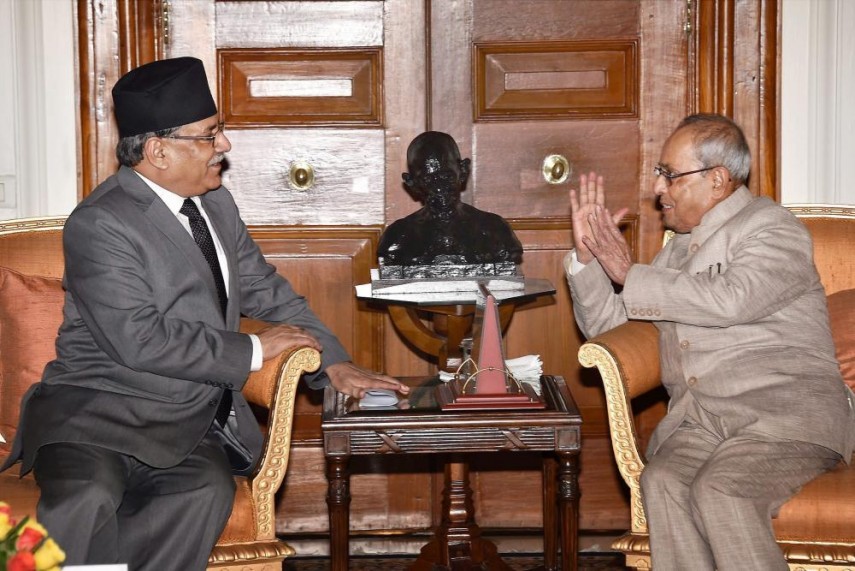 Nepal has asked India to resolve "real issues" of concern to it to build trust in the ties that were "tested" during arduous patch last year and cautioned it against raising matters internal to the Himalayan nation including those pertaining to its Constitution.

"We don't want to look back, we want to look forward.... We have to focus on building trust. Whatever real issues are there from Nepal's side, India should address," Nepal's Foreign Minister Prakash Sharan Mahat told PTI in an interview after his talks with Finance Minister Arun Jaitley and Minister of State for Foreign Affairs V K Singh.

Mahat, who left today after attending India's geo- political flagship initiative "Raisina Dialogue-II" yesterday, also asked India to be "sensitive" towards Nepal's needs and requirements. "I have conveyed the same to my Indian counterpart," he added.

"Even before that episode, there were lot of things which were not delivered...But there was a special episode which put to test both sides.

"So, we don't want to see that happen again. Now we are on normal track but there are so many things you would like to see move forward...And if it does move then there is a greater trust," he said while pressing for expeditious completion of various India-assisted projects in his country including Mahakali Bridge and various irrigation projects.

On another contentious issue of adoption of new Nepal Constitution which India had maintained was not inclusive as it does not include Nepal's "diverse social fabric", Mahat said his government was bound to protect interests of all sections of the society as it was even detrimental to Nepal's interest to have a "feeling of alienation" among its people.

Asserting that his party, Nepali Congress, was committed to addressing issues of Madhesis and was already working on the second amendment to the Constitution dealing with it, he said these were "internal" to Nepal.

"Madhesis are in Nepal and are Nepali. My party has major base in Madhes...We will do everything possible to address real concerns (of Madhesis)...We want to protect their interest.

"When you (India) raise these issues, they don't remain the issue of Madhesis but become India's issue...Why don't you let us take ownership of the issue?" the Foreign Minister said, adding, "Over-raising of the issue kills the very purpose you trying to advocate." (More) Asked about anti-India sentiments whipped by some Nepali

political leaders in the recent past, Mahat admitted that ties with India should not be held hostage to domestic politics, but said actions need to be taken by the Indian side to address Nepal's concerns so that those forces who don't want good Indo-Nepal ties are deprived of issues.

The Nepalese Foreign Minister also referred to various projects which needed to be completed as well as redressal of gaps in treaties like water sharing which is perceived as "unfair" to Nepal by many Nepali leaders.

There is a perception in certain quarters that Nepal was not given due share in the three major water deals between Nepal and India, namely the Kosi Agreement, the Gandak Treaty and the Mahakali Treaty, he said.