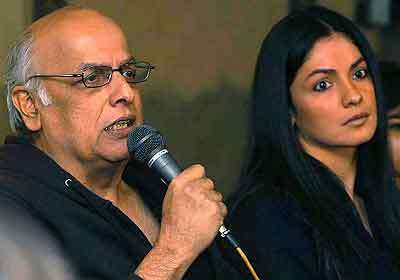 Two of Mahesh Bhatt's films 'Arth' and 'Daddy' have been adapted into the play format and the filmmaker feels this move will be a stimulus for the theatre industry.

The adaptation of 'Arth', which starred Shabana Azmi, hit the stage in March. 'Daddy' marked the filmmaker's daughter Pooja Bhatt's acting debut and will open on August 4 in the capital.

"Many great plays are often made into films so why not try the other way around? It is important to keep theatre alive. Imaginative marketing skills add value to plays and adapting movies into plays is one way to do that. The theatre movement needs a shot in the arm and I think this way it can be done," Bhatt told PTI.

The play is being directed by Danish Iqbal. The 64-year-old filmmaker says the story of the 1989 film is still very today and hence makes for a good watch on stage.

"'Daddy' is a very special film because Pooja made her debut with this film. The story is still contemporary about a dysfunctional family. It makes us realise that children may be young but their level of maturity is way ahead of adults at times. And these are the ingredients that makes this ideal for viewers," he said.

Sharing his experience of directing Pooja in the film for the first time, Bhatt said he asked the actress to be part of the film because she fit the role and not because he wanted to direct his daughter's debut film.

"Pooja was not part of the film just to foray into Bollywood but because she fit the part perfectly. The play is about this daughter dealing with the alcoholism of her father and how she pulls him out of it. The girl had to be innocent and vulnerable and Pooja was around 16 or 17 and was perfect for it," he said.

It was actor Imran Zahid, who came up to Bhatt with the idea to adapt his films into plays. Zahid says they had initially decided to adapt 'Dil Hai Ke Manta Nahin'.

"I came up with the idea and approached Mahesh sir. We had initially thought of adapting 'Dil Hai Ke Manta Nahin' but then we zeroed down on 'Arth' and 'Daddy'. It is a big thing for theatre that such films made by National award-winning director is being adapted on-stage," he said.

Zahid, who did the role of Kulbhushan Kharbanda in 'Arth' play, will reprise the role of Anupam Kher in stage version of 'Daddy'. When asked if any significant changes have been made in the play, the actor said, "We have not made much changes, just minimal minute ones. The dialogues and everything were so perfect."