Actors Shouldn't be Blamed for Shutting of Studios: Amitabh 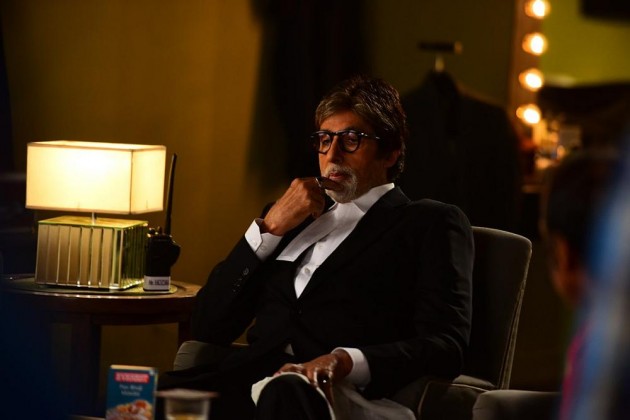 Print
A
A
A
increase text size
Outlook October 11, 2016 15:24 IST Actors Shouldn't be Blamed for Shutting of Studios: Amitabh

Megastar Amitabh Bachchan feels it is unfair to blame the fees of actors as a reason for film studios shutting down their operations.

Disney India has shut down its Hindi movies production business and people from within the industry like Anurag Kashyap said it's due to high fees paid to actors that the studios are plugging off.

"Everytime a star or actor is held responsible for the loss of a film and I don't agree with it. I feel what is the harm in paying an actor his or her fee, after all they manage to grab attention of audience towards a film," Bachchan said at a press conference on the occasion of his birthday today.

"Also if a film doesn't do well, then in the next film the actor is not paid less. When I was young and the hero of a film, I had a certain fee that I use to charge after the success of a film. My people (manager) used to talk to producers about hike in my fee and if a film failed, they (producers) used to reduce your fee and there is nothing wrong in it," he said.

Bachchan doesn't think studios shutting down is a sign of worry and feels Indian cinema will survive this phase too.

"There will be ups and downs but I think the film industry will always be alive and will keep working," he said.

The 74-year-old megastar feels there should be a book on various aspects of Indian cinema for everyone to be aware of our history, films and the legendary artistes.

"We don't have much documentation about our film industry. For the coming generation we should have something to tell them about the work of older or yesteryear artists, filmmakers and all. I myself would like to know lot of things," he said.

"Like what Raj Kapoor thought while making Bobby, Aawara, what was there in the mind of Mehboob sahab for 'Mother India', how Dilip Sahab (Dilip Kumar) worked in 'Devdas', or how and why a particular shot was taken in a film, all these things we don't know.

"Why a song was done in a particular manner, why certain kind of lyrics were written or why a particular costume was worn," he said.

Big B feels there is hardly any discussion on this and also one doesn't have any knowledge about cinema in detail.

"I feel books on all these things should be there as it will be an informative knowledge for us. Particularly when someone from abroad wants to write something about Indian cinema, they come across only gossip magazine's. They seem saddened as they want to know other things (besides gossip) about Indian cinema," he said.

The Pink star also revealed that he finds promoting films bit awkward, but has to do it as it is the demand of the producers.

"Earlier, films used to run for 25 or 50 or 75 weeks, so there was no need to promote a film. Today a film is of three days, Friday, Saturday and Sunday, and these three days determine things for a film, like whether it will be appreciated or rejected," he said.

"The producers feel today as everything is available readily to audience it is essential to attract people to watch a film and so promotions happen," he said.

Bachchan insists promotion is not a bad thing, but he does feel a bit awkward.

"You (media) are also doing promotion by taking an interview or clicking a photograph and eventually by giving it you earn income. Today when you go to airport you are clicked by photographers, so I also have to keep in mind what clothes and shoes I had worn last time, if you wear same thing then you (media) say, he or she has only one kind of stuff.

These days there is another trend of Bollywood actors dubbing or acting in Hollywood movies, and the megastar feels there is no harm in working for another film industry.

"Why not give voiceover or act in Hollywood, when someone asks me to do I will do it. I don't get afraid of challenges. Wherever Hollywood has gone they have destroyed the market (referring to film industry), here also they are coming (to release films in India), but we have not given up we are fighting (our films also doing well)," he added.