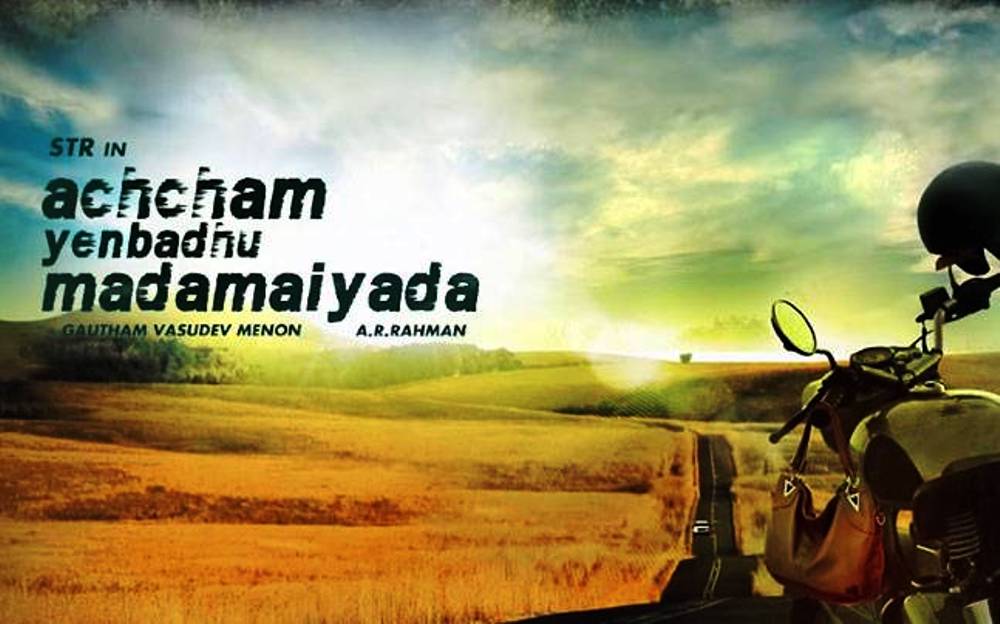 The response to Acham Enbathu Madamaiyada (Fear Is Foolishness), 43-year-old Gautham Menon’s latest, has been positive, though this critic found the film underwhelming. It combines many of the motifs of Menon’s films, starting out as a romance and quickly progressing to become a road movie and then a thriller. The climax is unpredictable, but also unlikely. This is the second time Menon is collaborating with actor Simbu.

This is the director’s tenth film in Tamil as director, though he has also been active as director, producer and writer in other languages as well, often remaking his own films to different results.

Thanga Meengal (Goldfish; 2013), directed by new wave exponent Ram and produced by Menon, won the National Award for Best Film for Children, showing Menon’s uncanny knack of backing the right projects even when they are not his own.

Menon shot to fame with his first movie itself. Minnale (Lightning; 2001) featured a young Madhavan in a role that was typical for him then -- that of a chocolate boy hero -- and Reema Sen and became a trendy hit. Newcomer Harris Jayaraj, whom Menon hired as composer, became famous for his refreshing tunes for this movie. The song Vaseegara also showed debutante lyricist Thamarai in fine form.

Menon has also made a trilogy of cop films -- Kaakha Kaakha (To Protect; 2003), Vettaiyaadu Vilaiyaadu (Hunt And Play; 2006) and Yennai Arindhaal (If You Know Me; 2015), doing other more personal films in between. The first of these featured Suriya as a dignified encounter cop waging a war against Chennai’s underbelly even as his family is under threat. Jyothika, in a role that showed considerable chemistry with Suriya whom she later married, provided the romantic angle. Kamal Haasan was signed on for Vettaiyadu Vilaiyaadu, for the role of a cop hot on the heels of homosexual serial killers, a sure sign that Menon had risen up the ranks. Ajith Kumar was the cop in Yennai Arindhaal with his character spending initial portions of the movie undercover.

All three films show two sides of being a police officer -- the searingly harsh side which the criminals see and the soft, tender and loving side which the women in their lives see. The screenplay of these films showed Menon’s considerable understanding of criminal procedures and police investigation. The loss of a loved one is featured prominently in all three movies and shows the vulnerable sides of the protagonists.

Vaaranam Aayiram traces the life of a father and a son, both played by Suriya, who had to change his appearance many times for the role. Inspired by his father, the son deals with the loss of his lover and other challenges in life. The primacy of familial ties forms an important part of the movie. Like Menon himself, the hero in VA is a reluctant engineer and in the movie, Suriya is shown as a guitar playing serenader with an engineering degree.

Vinnaithandi Varuvaya features a contemporary love story and a complicated relationship between an aspiring movie director and his neighbour, play by Simbu and Trisha, both of them getting an image makeover for the film.

The main feature of Menon’s films has been the women who inhabit them. Menon shoots them in style, bringing out their best. Jyothika’s character in Vettaiyadu Vilaiyaadu is a case in point. When the hero meets her, she has just attempted suicide and with his help shakes off the demons in her life by getting rid of her abusive husband. When Kamal offers to marry her, she is a single mother, a rarity in Tamil films.

Menon’s films have always had urbane themes, with most of them set in Chennai. The suburban train plays a big role in Pachaikili Muthucharam (Green Parrot And String Of Pearls; 2007) and it is where the hero, played by Sarathkumar, keeps running into Jyothika’s character.

Nadunisi Naigal (Midnight Dogs; 2011), a project helmed by Menon, saw a limited release, with the director calling it a film made for multiplex audiences. It was released in 2011 to mixed reviews and a lukewarm response from audiences.

Menon’s film have always been technically sound, with superb visuals and smart song sequences put together almost effortlessly. Menon also seems to dig deeper within him to create believable and consistently portrayed characters. The wardrobe of the leads has also been a consistent highlight. In the light of Menon’s success, the movies seem to have his own stamp. Even Neethaane En Ponvasantham (You Are My Golden Spring; 2012), for which Reshma Ghatala wrote the story, had Menon’s peculiar touch.

Another feature of Menon’s film is that titles are named after famous songs from old Tamil movies. For example, Pachaikili Muthucharam and Neethane En Ponvasantham are tracks from earlier Tamil movies.

Menon has his own production company with Ghatala and Venky Somasundaram called Photon Kathaas. Many of Menon’s own films including NEP have been made by this company.