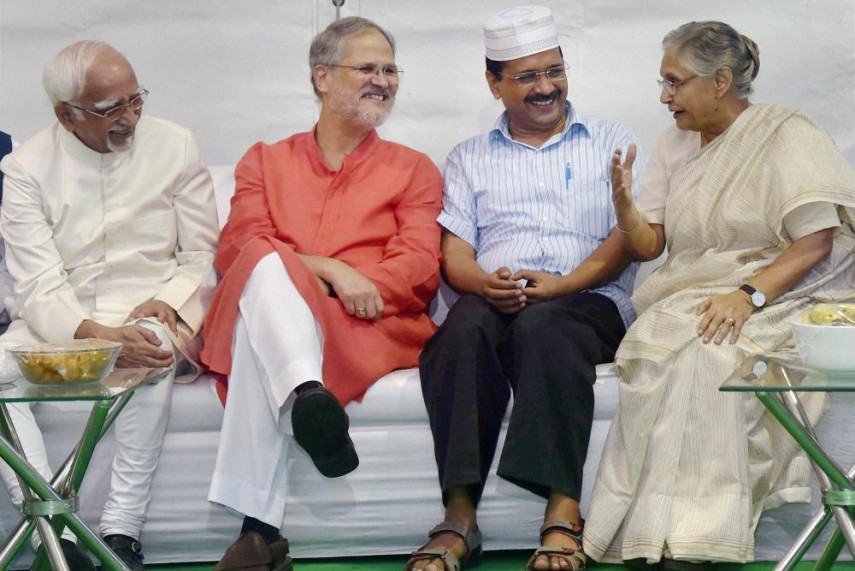 ACB chief M K Meena said two complaints were received with regard to the scam and those named in the complaints include Dikshit and Delhi Chief Minister Arvind Kejriwal. He said both Dikshit and Kejriwal will be quizzed.

"An FIR has been registered under relevant sections of IPC and Prevention of Corruption Act and both of them will be quizzed," Meena said.

Last week, the Delhi government had sent a report of a fact-finding committee on the scam to Lt Governor Najeeb Jung. Delhi BJP leader Vijender Gupta had also filed a complaint with Jung accusing Kejriwal of "suppressing" the committee's report for 11 months.

The Lt Governor had forwarded the committee's report as well as Gupta's complaint to the ACB.

"The report of the committee suggests that the acts of omission and commissions by the Delhi Jal Board under Dikshit has resulted in loss of approximately Rs 400 crore to the exchequer," Mishra had said.

Sources said the fact-finding committee found glaring irregularities in the appointment of consultants, tendering process as well as in overall procurement of the tankers by the previous Congress government.

When the tankers were purchased, Dikshit was chairperson of the Delhi Jal Board.

Dikshit has already dismissed the allegations as politically motivated.

Gupta said it was a "moral defeat" of Kejriwal as ACB was looking into his complaint of delay on the part of the Delhi chief minister in recommending probe into the case.

"He had come to remove corruption but now it appears he himself become a part of it," Gupta said.