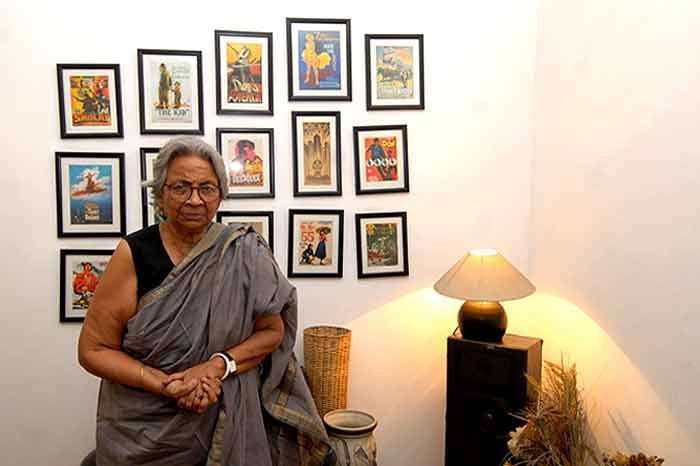 86-year old Mazumdar was suffering from a tumour in her lungs, her family said. She is survived by three daughters and a son.

A strong votary of increased women's representation in Parliament and legislature, Mazumdar was the secretary of the Committee on the Status of Women in India that brought out the first report on the condition of women in the country, 'Towards Equality', in 1974.

The report became a turning point both for women's studies and the women's movement in India.

She was the founding Director of the Centre for Women's Development Studies (CWDS), an autonomous organisation under the Indian Council of Social Science Research (ICSSR), where she remained a National Research Professor till the end.

Born in 1927 in a middle-class Bengali household in Kolkata, she did her schooling in the city and studied in Banaras Hindu University and Calcutta University, before going to Oxford in 1947, soon after independence. She went back to Oxford University later and received her D.Phil in 1962.

She taught in Patna and Berhampur Universities, joined the University Grants Commission Secretariat and also remained a Fellow of the Indian Institute of Advanced Studies, Shimla. Later she became Director, Programme of Women's Studies, Indian Council of Social Science Research from 1975 to 1980.

Her memoir, Memories of a Rolling Stone, speaks of her liberal upbringing, Kolkata of 1940s, activism and policy making of 60s and 70s, her rebellious daughters and singer- husband Shankar.

Among her known students in Patna University are BJP leader Yashwant Sinha and former Foreign Secretary Muchkund Dubey, while CPI(M) leaders, Prakash Karat, Brinda Karat and Sitaram Yechury were very close to her.

Mazumdar was cremated at Lodhi Road crematorium here in the evening.

Besides, representatives of cultural organisations Sahmat, Jan Natya Manch and Parcham were present.

Condoling Mazumdar's death, All India Democratic Women's Organisation (AIDWA) said she was a symbol of value and worthy of emulation in the generation to which she belonged.

"She represented the first generation of Indian women who had not only accessed the hitherto forbidden delights of all that a first class education in an Indian metropolis and a foreign university could provide, but also enjoyed the freedom to enter into a profession, determined to make a difference and leave a mark," it said in a statement.