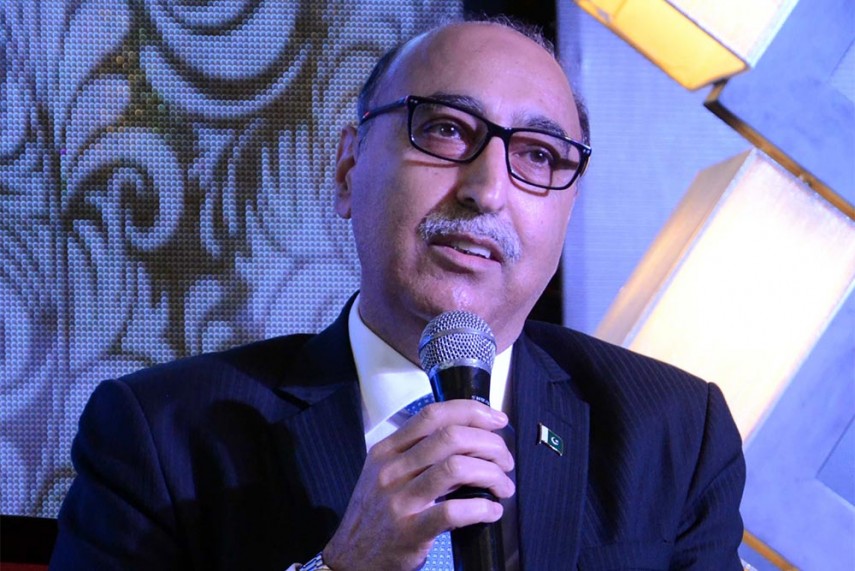 Pakistan's High Commissioner to India, Abdul Basit, is among the three diplomats shortlisted for the next Foreign Secretary, a key position that will fall vacant next month as incumbent Aizaz Ahmed Chaudhry has been named Pakistan's Ambassador to the United States.

Official sources said that in addition to Basit, Permanent Representative to the United Nations in Geneva Tehmina Janjua and High Commissioner to Britain Sayed Ibne Abbas are also in the run.

Basit, 58, is the senior-most diplomat but the appointment of Foreign Secretary is not made simply by seniority as Prime Minister has the prerogative to appoint one of the senior officials of foreign ministry as the foreign secretary.

An official said that Basit may be the right candidate due to his vast experience.

Of the three shortlisted candidates, Basit is considered most suitable official given his experience in dealing with delicate foreign policy issues.

Basit faces tough challenge from Janjua who has been highlighting Kashmir issue and Pakistan's case in the nuclear conference in Geneva. She has productive meeting with Sharif in July when she visited Pakistan to participate in envoys conference.

Abbas is also serious challenger due to his current posting as high commissioner in the UK where Prime Minister Nawaz Sharif has been visiting frequently.

One of Sharif's sons is settled in UK and has been doing business there.