Kapil Mishra Seeks Kejriwal's Blessing Before Filing FIR Against Him 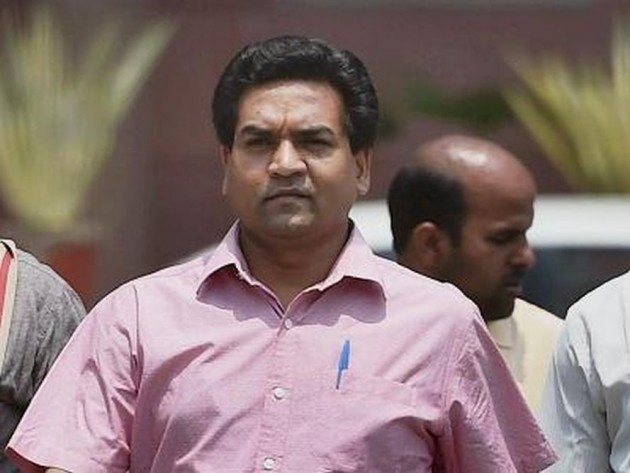 Print
A
A
A
increase text size
Outlook May 09, 2017 09:48 IST Kapil Mishra Seeks Kejriwal's Blessing Before Filing FIR Against Him

The Aam Aadmi Party today suspended Kapil Mishra from the party's primary membership, a day after he made bribery charges against Chief Minister Arvind Kejriwal.

The decision was taken by its high-powered Political Affairs Committee (PAC) chaired by Chief Minister Arvind Kejriwal at his official residence, capping a dramatic turn of events pertaining to the AAP chief's financial probity.

According to an NDTV report, Kapil Mishra has made a striking comment after getting sacked from the AAP party. 'Bless Me, Filing FIR Against You', NDTV quoted Misra. He also said, this is the biggest decision of his life. "Filing an FIR against my own party will be the biggest step of my life."

A PAC member confirmed the development. A decision to appoint Sangrur MP Bhagwant Mann as the chief of the party's Punjab unit was also taken at the meeting.

With this, Mishra became the fifth AAP MLA -- after Sandeep Kumar, Asim Ahmed Khan, Devendra Sehrawat and Amanatullah Khan -- to be suspended from the party since it stormed to power in the national capital two years ago.

Reacting to the decision, Mishra mocked Kejriwal for not "going the whole hog and expelling" him.

"They could not show enough courage," he told PTI, adding that he would approach the CBI tomorrow over his stunning allegation, for which he has not produced any proof till now, that Kejriwal had taken Rs 2 crore in cash from Delhi minister Satyendar Jain.

Mishra was removed from the post of water minister on May 6.

Earlier today, Mishra had dared the party to sack him even as he fired a fresh salvo at Kejriwal, alleging that a Rs 50 crore deal was made for the AAP chief's brother-in-law.

He also submitted documents to the Anti-Corruption Branch (ACB) against Kejriwal in connection with the water tanker scam relating to alleged irregularities in hiring of private tankers to supply water, and said he has sought an appointment with the CBI tomorrow to register a complaint.