'AAP One of the Toughest Competitors We Faced,' Prashant Kishor Congratulates Amarinder 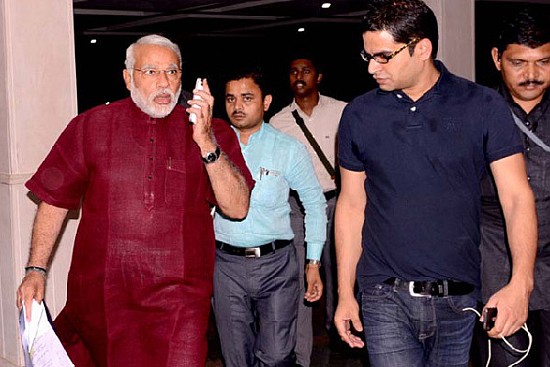 Print
A
A
A
increase text size
Outlook March 11, 2017 16:49 IST 'AAP One of the Toughest Competitors We Faced,' Prashant Kishor Congratulates Amarinder

After Congress' victory in Punjab, Prashant Kishor, one of the key poll strategists for party in the state, today said AAP was one the toughest competitors his team has faced.

"Congratulations to @capt_amarinder and the entire Punjab Congress for a stupendous win!"

"To all AAP volunteers and grassroots workers, you were one of the toughest competitors we faced! @ArvindKejriwal @AAPPunjab2017," said tweets issued on Kishor's organisation @IndianPAC, which, however, is not a Twitter-verified handle.

Kishor was considered as one of the key poll strategists in Punjab for the Congress, which saw a revival in the state after 10 years of SAD-BJP combined rule.