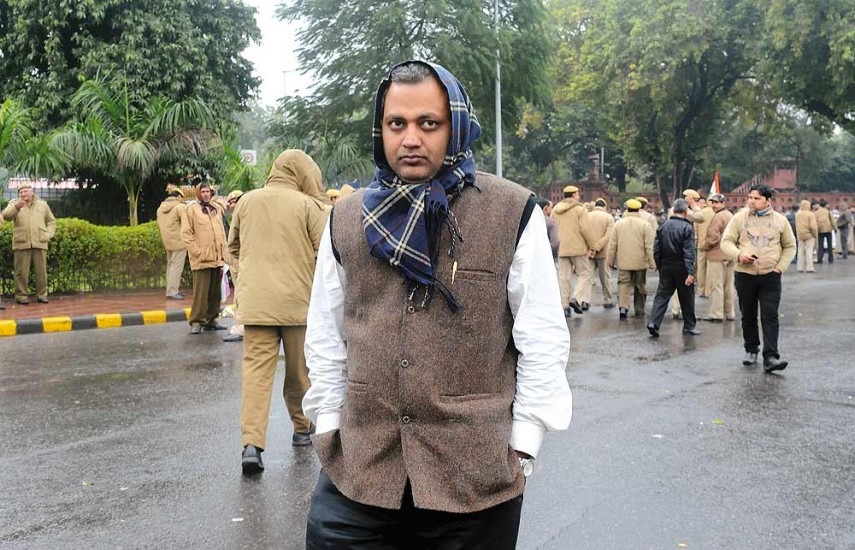 The police today alleged in the Delhi High Court that former Delhi Law Minister Somnath Bharti used to harass and beat his wife Lipika Mitra, who has sought cancellation of his bail in a domestic violence case.

The submission was made by the Delhi Police before Justice I S Mehta, who is hearing Mitra's plea seeking cancellation of Bharti's bail on several grounds, including that the trial court had not applied its mind while granting the relief to the AAP legislator.

The police, which has filed its affidavit following the court's direction, also submitted that a AIIMS medical board has opined that the scars on the woman's body could be due to dog bites and burn injuries.

"Somnath Bharti used to harass, beat and abuse the petitioner (wife) from the very beginning of the marriage, despite having knowledge about the frail health conditions of the petitioner.

"The medical record produced by the petitioner was examined and verified and it shows that she was suffering from diabetes and hypertension at the time of pregnancy," it said.

The MLA, who was granted bail on October 7, 2015, had denied the allegations levelled against him by his wife.

Lipika had moved the high court challenging the bail order, saying it was almost like a verdict and the trial court had relied on the case diary which allegedly should not have been done at that stage.

She had lodged a case of domestic violence and attempt to murder against her husband.

The AAP leader was arrested in the wee hours of September 29, 2015 after the Supreme Court had ordered him to surrender.

The police, in its affidavit, has also said that barring the expenses on the delivery of their first child, all other treatment charges and expenses on the second delivery were paid by Bharti's wife.

It claimed there was sufficient evidence on record for alleged offences under sections 307 (attempt to murder), 315 (act done with intent to prevent child being born alive or to cause it to die after birth), 324 (causing hurt by dangerous weapons or means), 498A (harassment caused to woman by husband or in-laws), 406 (criminal breach of trust), 417 (punishment for cheating), 420 (cheating and dishonestly inducing delivery of property), 506 (criminal intimidation) and 34 (common intention) of the IPC against Bharti.

Police also informed the court that it has filed a charge sheet in the matter before the trial court, which has taken cognisance of the matter and posted it for hearing on May 20.

Taking on record the affidavit filed by the police, the high court then posted the matter for hearing on October 24.

The woman's counsel Rahul Kumar urged the court to list the matter for early hearing saying it has already been delayed for over one year.

The trial court had granted bail to Bharti on the ground that he was no longer required for investigation purposes and had observed that since he was a member of Delhi Legislative Assembly, there was no ground of apprehension that he may flee abroad.

However, the trial court had imposed several conditions on him, including that he would not leave Delhi without its prior permission, not tamper with evidence and join the probe as and when required.

On September 22, 2015 the high court had rejected Bharti's plea for anticipatory bail, observing that the allegations against him were backed by "documentary proof".