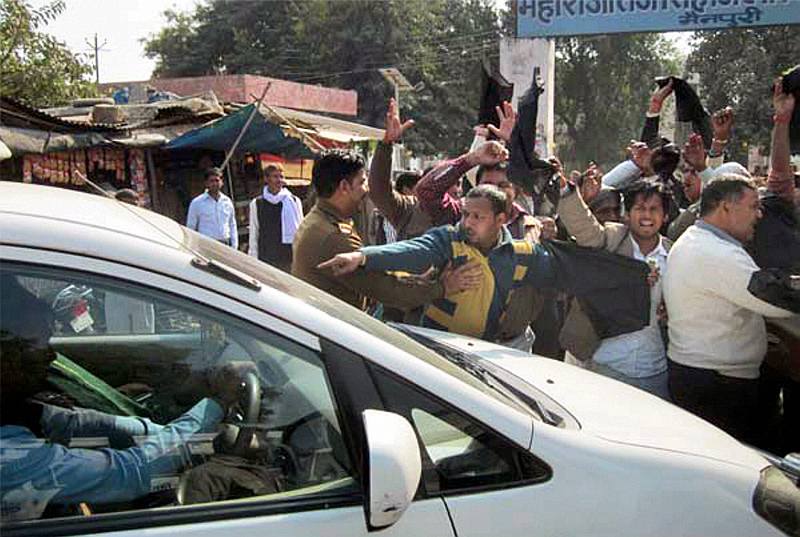 The incident took place when Vivek Yadav and some other activists of AAP reached district hospital, where an eye camp was to be inaugurated by Louise.

As soon as they showed black flags, district Congress president Prakash Pradhan and Aradhana Pradhan of women wing started thrashing Yadav and other supporters on directions of Louise, Yadav alleged in his complaint to the police.

In the incident, Yadav and one Sunil Mishra sustained fractures in their legs.

Yadav has given his complaint to the police seeking an FIR against the guilty.

Superintendent of Police, Shalabh Mathur said that he had video recording of the event and after analysing it action would be taken against those involved in the act.

FIR would be lodged after the police conduct prima facie investigations, he added.