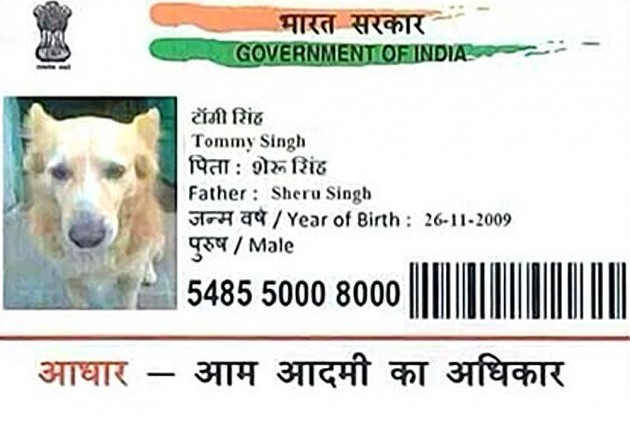 A man has been arrested for getting an Aadhaar card made of his dog in the district, police said.

Azam Khan (35), who is working as a supervisor at an Aadhaar enrollment agency in Umri town, about 45 kms from the district headquarters, was arrested yesterday following a complaint that he had made an Aadhaar card for his dog, Bhind Superintendent of Police Navneet Bhasin said today.

The matter came to light when the locals complained to the Umri Police that they were facing lot of problems in registering for Aadhaar card, while, they alleged that the agency was issuing cards in the names of dogs and other animals.

Following probe, Khan was arrested and a case of forgery was registered against him.

Police is further investigating the matter to know whether the accused had made more such cards.