Women in Military Components of Peacekeeping Missions Serve No Useful Purpose: I 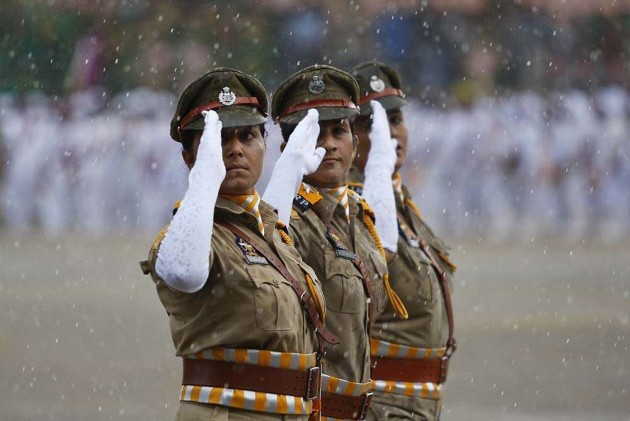 Print
A
A
A
increase text size
Outlook October 29, 2014 22:03 IST Women in Military Components of Peacekeeping Missions Serve No Useful Purpose: I

India has told the UN Security Council that it does not subscribe to the view that women should form part of the military component of peacekeeping missions, emphasising no "useful purpose" will be served by it.

"We do not subscribe to the view that women should form part of the military component of peace keeping missions. No useful purpose would be served if women become a part of military culture and glorified it.

"That said, we do feel that women can play an important role in police functions," Ambassador Bhagwant Singh Bishnoi, acting Permanent Representative of India to the UN said yesterday.

Speaking at the UN Security Council debate on 'Women, Peace and Security', Bishnoi noted that women bear a "disproportionately higher share" of the burden of conflict but have a marginal say on matters of war and peace.

"We are proud that the work of Indian Inspector Shakti Devi in an UN peacekeeping mission inspires others to follow her example in the quest to redress the disproportionate burden that women bear in times of war and conflict," he said about the officer who was recently awarded the International Female Police Peacekeepers Award for her work in Afghanistan.

Expressing concern over the human right violations linked to terrorism against women, Bishnoi underlined the importance of holding positions of influence by the women as a possible solution to the problem.

"This is a function of the gender imbalance in our societies reflected in positions of power and influence. It is, therefore, important to underline that equal participation of women in power structures and their full involvement in all efforts for the prevention and resolution of conflicts is essential for maintenance and promotion of peace and security," he said.

The Ambassador also underscored the need to specifically address the situation relating to displaced women and girls.

"The most egregious crimes against women in times of conflict, however, have been and are committed by irregular forces, often warring against governments. They obey no laws and are, as experience has shown, much more immune to sanctions than governments are," he said.

He added that the Council needs to focus its attention on these forces which are responsible for the bulk of the crimes that are committed against women.

When the actions by nations gravely threaten peace and security, sanctions can be brought against them by this council, Bishnoi said.

He also stated that India supports a recommendation that a gender perspective be integrated in policies relating to refugees and Internally Displaced Persons (IDP).

Around 32,000 people were displaced from their homes by violent conflicts in 2013 per day and three quarters of the refugees and IDP population were women and children, Bishnoi said.

Bishnoi mentioned that India would contribute an all Female Form Police Unit for the United Nations Mission in Liberia (UNMIL).