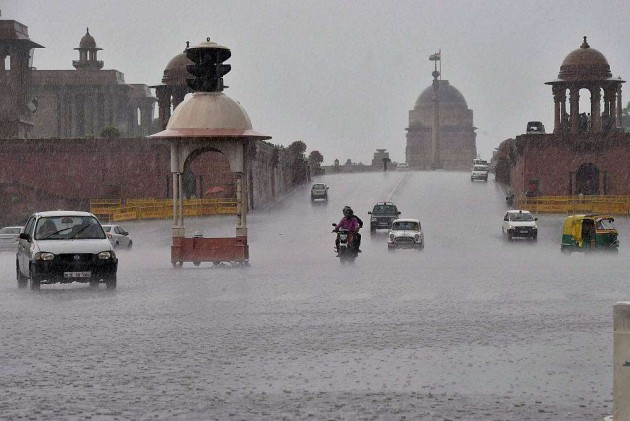 Weak monsoon and rising temperatures have led to shooting up of pollution levels in the national capital to an "alarming" level in July and August, breaking a four-year record.

According to Pune-based System of Air Quality Weather Forecasting and Research (SAFAR), PM2.5 particles, which determine the amount of pollution in the air, went up to 127.42 micro grams per cubic metre this month (August 1-26), which is unusually high for this time of the season.

The permissible content of PM2.5 should be 60. The PM2.5 particles are determining factor of pollution level in air. They can be easily inhaled, causing various health hazards like asthma, bronchial disease and other heart-related ailments. The main source of PM2.5 is pollution due to vehicles and dust blown from unpaved roads.

"The all-time high PM2.5 levels in the month of August as compared to same months in previous years from 2011-2013 are mainly high because there has been an absence of rainfall in Delhi this year. So, the washout effect of these particles is negligible," said Gufran Beig, chief project scientist at SAFAR.

The pollution level may further increase.

"There is absence of rainfall and humidity is going high which further holds the pollution and these particles remain suspended in the air, this process is likely to increase as low pressure system over the Bay of Bengal which may bring moist easterly winds towards northwest India and will increase humidity further. These winds will be rich in air pollution as it travels through Bay of Bengal," Beig added.

Delhi and many parts of Punjab and Haryana have seen a deficit in rainfall this year, which has also led to rise of mercury.

Also, weather forecast by the MET department states that there will be less or no rainfall in Delhi in the coming days which will result in an increased levels of particulate matters by about 20 per cent from the current level of PM2.5, further worsening the current situation.