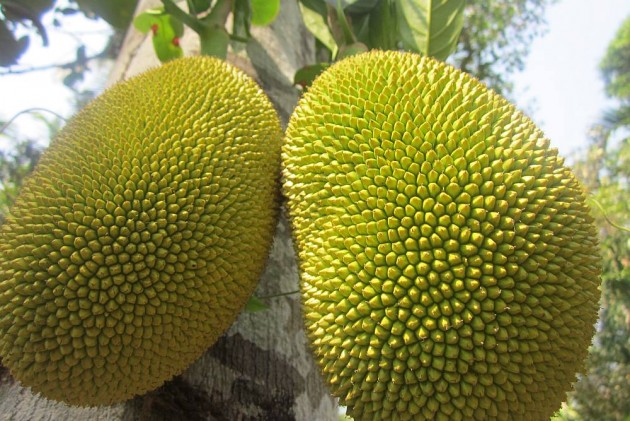 Police have registered a case of theft after two jackfruits went missing from a tree inside the premises of Janata Dal (U) Rajya Sabha MP Mahendra Prasad's residence at Tughlaq Road here.

The incident was reported to police by personal assistant of the MP after which a case of theft was registered at Tughlak Road police station of New Delhi district yesterday, a police official said today.

"He told us that two jackfruits have gone missing from the tree which bore nine fruits. An officer then reached the venue to probe into the matter," he said.

Meanwhile, senior police officials rubbished reports that a special team has been constituted or ten policemen searched the garden for clues, things which are done in only in case of heinous crime.

"No finger print experts or forensic team was sent to the spot as speculated. Only the crime team went to the location to see whether any foot prints could be found but nothing came out," said a senior police official.

Police took the incident seriously because it raises serious questions about the security of an MP's residence, he said, adding CCTV footages are also being scanned to ascertain the sequence of events.

Investigators have questioned the servants, drivers and other people living in the vicinity of the house, he said.

Continue FREE with Ads Pay Rs. 1 to Read Without Ads
READ MORE IN:
National
Next Story : Indian Wins 'Trafficking in Person Hero' Award in US
Download the Outlook ​Magazines App. Six magazines, wherever you go! Play Store and App Store