The Iraq War From an Iraqi Perspective 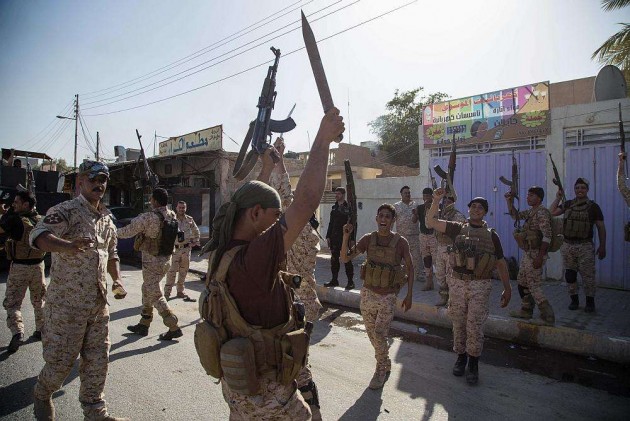 In the backdrop of the deteriorating situation in Iraq, a new voice in fiction emerges from the rubble and describes the war-torn country from the inside as never before.

The Corpse Exhibition And Other Stories of Iraq by author-filmmaker Hassan Blasim is the first major literary work about the Iraq War from an Iraqi perspective.

Translated from Arabic by Jonathan Wright, The Corpse Exhibition is a collection of 14 war stories never heard before. Here is a world not only of soldiers and assassins, hostages and car bombers, refugees and terrorists, but also of madmen and prophets, angels and djinns, sorcerers and spirits.

Blasim, hailed as "perhaps the best writer of Arabic fiction alive", blends shocking realism with flights of fantasy in his book, published by Penguin. It offers us a pageant of horrors, as haunting as the photos of Abu Ghraib and as difficult to look away from, but shot through with a gallows humor that yields an unflinching comedy of the macabre.

The title story is about an unnamed assassin who is given the task of displaying his victims' bodies in creative, artistic poses.

"After studying the client's file you must submit a brief note on how you propose to kill your first client and how you will display his body in the city. But that doesn't mean that what you propose in your note will be approved.

"One of our specialists will review the proposed method and either approve it or propose a different method. This system applies to professionals in all phases of their work – even after the training phase has ended and you have taken the test," the assassin was told about his task.

In An Army Newspaper, the protagonist is a dead journalist who tells the story of how he discovered a trove of beautifully written five short stories by a dead soldier, and published them under his own name. The journalist supervised the cultural page, which dealt with war stories and poems.

"Each story was written in a thick workbook of the coloured kind used in schools. Each of the stories was about a soldier with the same name as the name written on the cover. The stories were written in a surprisingly elevated literary style," the journalist admits before a court.

He then goes on to say that after he heard about the soldier’s death, he almost wept for joy at the bounteous gift that destiny had brought him.

The first story he published brought him great fame and he almost became a celebrity. He became so obsessed with fame that he feared whether the soldier was really dead. He then bribed three government officials to help dig the soldier's grave and be ensured that he was really dead. He later committed suicide.

The Hole describes a man who manages to run away from masked gun men only to fall into a dark hole, where he meets a djinn.