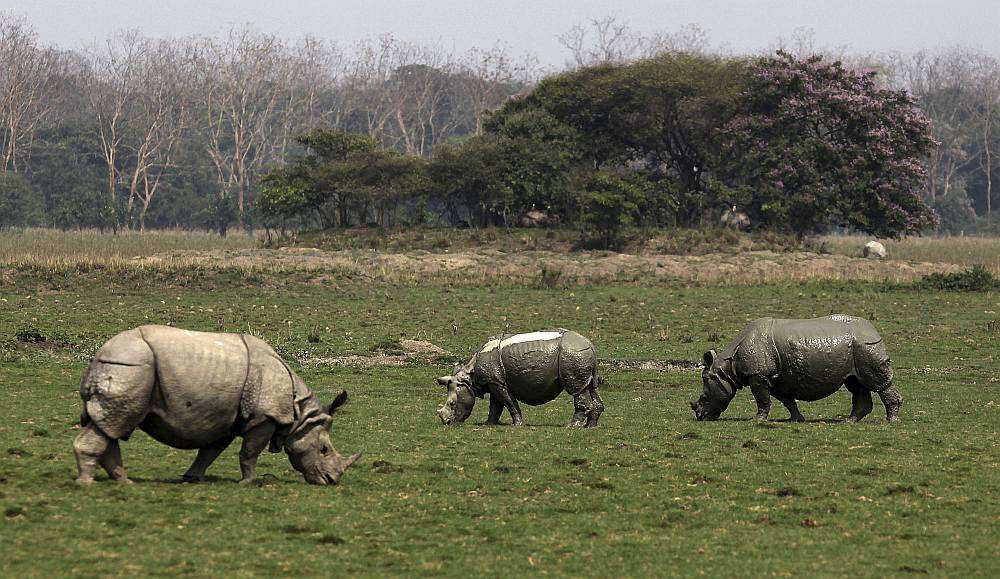 Despite rising cases of poaching, population of one-horned rhinoceros has grown by nearly 27 per cent to 2,544 in Assam during the last seven years on account of various conservation measures taken by the government.

Releasing a 'White Paper on Wildlife Conservation in Assam', state Environment and Forest Minister Rockybul Hussain said rhino population is growing at 4.6 per cent a year, which is more than the required rate of 3.25 per cent to have 3,000 rhinos in Assam as per the 'Indian Rhino Vision 2020'.

"We are taking various steps to protect rhinos with the help of wildlife experts and legal professionals. As per the last rhino census, the population of the world famous animal has grown to 2,544 in entire Assam in 2013 from 2,006 in 2006," he added.

Out of these, the number of rhinos in Kaziranga National Park (KNP) has increased to 2,329 from 1,855 during the same period, he told reporters here.

According to the 'White Paper', Assam holds three fourth of the world's population each for the one-horned rhino and water buffalo.

Hussain said between 2006 and May 2014, a total of 198 poachers have been arrested and 27 were killed in encounter with forest guards and other security establishments.

Since 2006, poachers have killed a total of 152 rhinos so far. Out of these, 96 rhinos have lost their lives at KNP, the Minister said.

He said the government has increased the number of anti- poaching camps to 174 currently from 120 in 2002.

"The government is working on to protect the wildlife on the basis of two-prone strategy -- anti-poaching management and habitat management," he added.

Assam currently has 5 national parks and 20 wildlife sanctuaries, covering an area of 3,925 sq km and it is around 5 per cent of the state's total geographical area.

The state harbours more than 164 species of mammals, 800 varieties of birds and 116 different types of reptiles in addition to other faunal animals.