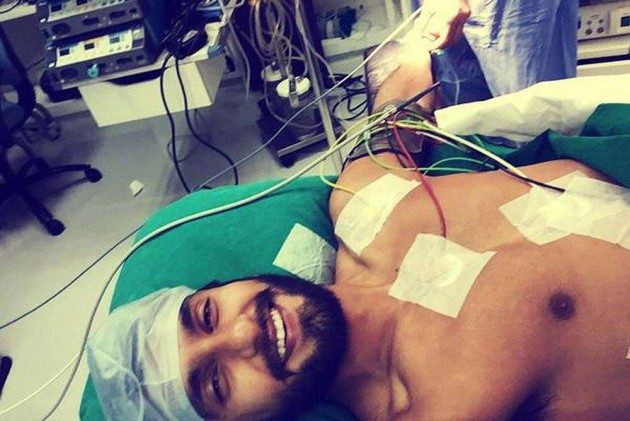 Ranveer Singh, who underwent surgery for a shoulder injury, live tweeted the experience from the operation theatre.

A grinning actor shared a selfie while he was hooked to the monitors and getting an injection before the operation.

Ranveer, 29, captioned the picture: "Live tweet from the operation theatre!!"

He then tweeted, "About to get knocked out!"

"He injected my neck ! Whoa!!" read the last tweet from the actor which was around 8:56 am, which was probably just before anaesthesia kicked in.

Ranveer injured himself while shooting for Sanjay Leela Bhansali's period drama film Bajirao Mastani where he stars as the Peshwa.

Fans and his celebrity fans were quick to share their concern for the actor with 'all the best Ranveer Singh' trending on the social networking site.