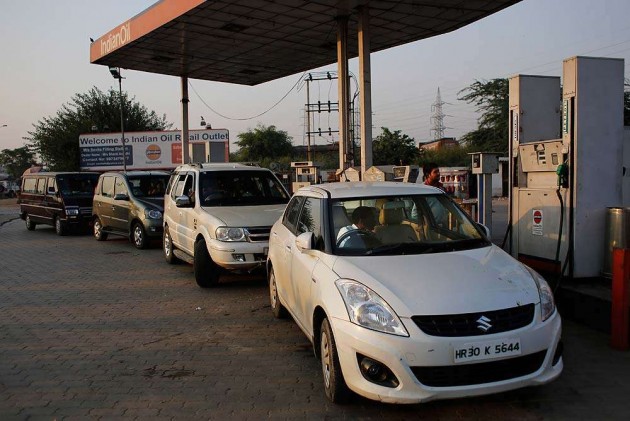 Petrol price was today cut by 80 paise per litre and diesel by Rs 1.30 a litre on global cues, the second reduction in rates this month.

The reduction in petrol and diesel prices will be effective from midnight tonight.

Prices of petrol in Delhi will be Rs 59.20 a litre from tomorrow as against the current Rs 60, while diesel will cost Rs 47.20 per litre as against Rs 48.50, said Indian Oil Corp (IOC), the nation's largest oil company.

"Since last price change, the trend of international prices of petrol and diesel and Rupee-US dollar exchange rate warrant a further downward revision in prices, the impact of which is being passed on to consumers with this price decrease," IOC said in a statement.

Prior to these increases, petrol price had been cut 10 times since August 2014, and diesel 6 times since October 2014.

Cumulatively, petrol prices had been cut by Rs 17.11 per litre in 10 reductions since August and diesel by Rs 12.96 a litre since its deregulation in October.

"The movement of prices in international oil market and Rupee-USD exchange rate shall continue to be closely monitored and developing trends of the market will be reflected in future price changes," IOC said.

Continue FREE with Ads Pay Rs. 1 to Read Without Ads
READ MORE IN:
Business
Next Story : Court to Hear IT Case Against Subrata Roy, Others on June 1
Download the Outlook ​Magazines App. Six magazines, wherever you go! Play Store and App Store