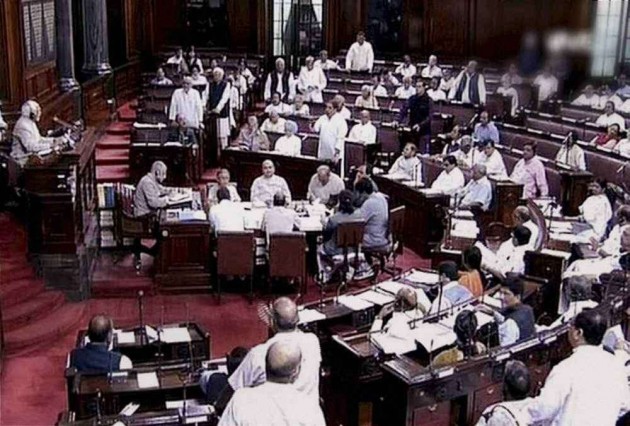 A landmark bill to replace the collegium system of judges choosing judges was today passed in the Lok Sabha after government dropped a controversial provision that required unanimity in recommendation if President seeks reconsideration.

The National Judicial Appointments Commission Bill, 2014 was passed by voice vote without any opposition after Law Minister Ravi Shankar Prasad accepted a Congress demand and moved an official amendment.

The amendment dropped the provision requiring uanimity in the Commission's recommendation if President had referred the earlier recommendation back to the collegium for reconsideration.

Congress member and former Law Minister M Veerappa Moily, during the debate, had raised the issue and demanded the dropping of the proposal. The Opposition felt that under the original provision of unanimity even one member can veto the Commission's recommendation.

Along with NJAC bill, the 99th Constitution Amendment Bill, which seeks to confer Constitutional status to the proposed Commission, was passed by 367 in favour and none against.

Under the statute amendment bill, Chief Justice of India will head the NJAC. Besides the CJI, the judiciary would be represented by two senior judges of the Supreme Court. Two eminent personalities and the Law Minister will be the other members of the proposed body.

Piloting the bills, Prasad asserted that the measures were aimed at ensuring that only meritorious people are selected as judges to the higher judiciary.

He maintained that the proposed law does not impact upon the independence of the judiciary. The new law will provide for wider consultations for appointment of judges to the Supreme Court and High Courts.

Seeking support of all parties, he said, "Let the message go that this House is one for maintaining dignity of the judiciary."

Suggesting that the existing collegium system of judges appointing judges had flaws, the Minister said many good judges could not make it to the Supreme Court.

Under the new law where a Commission will decide appointment of judges to Supreme Court and High Courts, seniority along with "ability" and "merit" will be considered for elevation, Prasad said.

He defended the "veto" power of any two members, saying that the provision is part of the present collegium system also. "We have made consultations more meaningful," he added.

Rejecting the demand for a state-level judicial appointment commission, Prasad said Article 124 makes it clear that only the President can appoint judges to Supreme Court and the 24 High Courts and it will be vulnerable to withstand scrutiny.

Justifying the strength of the Commission to be six in the face of questions over the figure, he said the number has been decided on the basis of sum and substance of the recommendations of various commissions which have looked into the utility of the collegium system and earlier bills.

He said MPs should trust the "collective wisdom" of the commission to elect the best of people from among judges and lawyers.

He said he would work towards creation of a data bank of lawyers and judges whose names could be recommended for elevation by the commission.

After any Constitutional amendment bill gets Parliamentary nod, it is sent to all the states and 50 per cent of the state legislatures have to ratify it. The process could take up to eight months. After ratification, the government sends it to the President for his approval.

The practice of judges appointing judges started after 1993, replacing the system of government picking judges for higher judiciary comprising the Supreme Court and high courts.

An earlier effort by the NDA-I government in 2003 to replace the collegium system met with no success. The then NDA government had introduced a Constitution amendment bill but Lok Sabha was dissolved when it was before a Standing Committee. The UPA II had also brought a similar bill but without success.