Missing Home Ministry Files? Blame It on the Monkeys 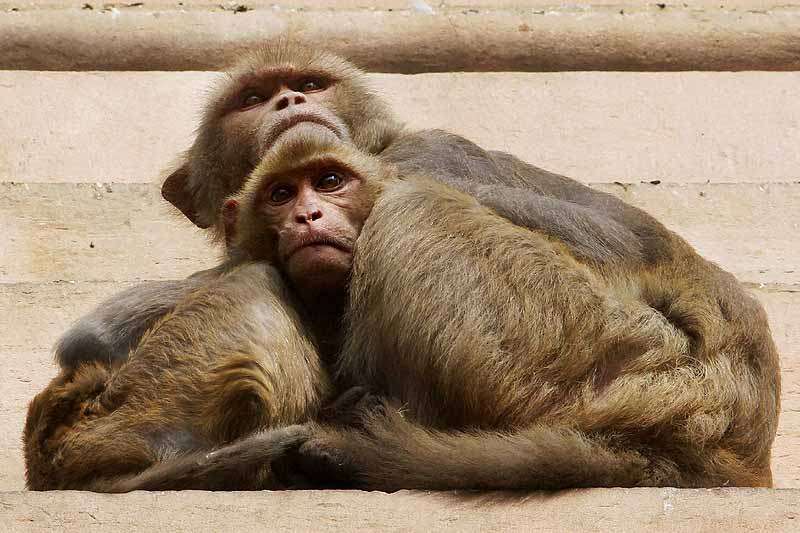 Print
A
A
A
increase text size
Outlook July 14, 2014 15:25 IST Missing Home Ministry Files? Blame It on the Monkeys

A serious debate in the Rajya Sabha on the alleged destruction of files by the Home Ministry today witnessed some lighter moments when a Congress member shared with the House his experience.

While attacking the government for destroying 11,100 files in the Home Ministry, former minister Rajeev Shukla (Congress) apportioned part of the blame on monkeys by speaking of how the creatures, a menace in the North and South Blocks, routinely "walked away" with important files strewn all over the corridors of ministries housed in the two power centres.

Shukla's comments evoked laughter, even to the face of former Prime Minister Manmohan Singh, who was sitting in the opposition benches.

"Files in the Home Ministry are in such a bad condition that old files are strewn all over the corridors. Whenever a file is lost, it is said that monkeys have taken it away. There is a big monkey menace there and in this government there is a minister who is against any action against monkeys," he said.

He said there was such a menace of monkeys in the North Block that there was no proper arrangement for keeping files and whenever a file was lost the blame was apportioned to monkeys and sought proper measures to check the menace and protect important files.

Noting that important files in the Home Ministry are thrown in the corridors, Shukla asked whether there was any arrangement in place for protecting important files when it was being said that monkeys have taken away the files.

"This monkey issue is very significant. When Manmohan Singh was Finance Minister, you can ask, ministers had to face a lot of problems entering the Ministry. One had to stand there with sticks in hand and langurs had to be hired to ward off monkeys," he said as Singh, who was sitting in the opposition benches, could not but smile.

Shukla said the ministry has to spend lakhs on hiring langurs to protect files. He also added that the BJP-led NDA government had ministers who were protecting monkeys.